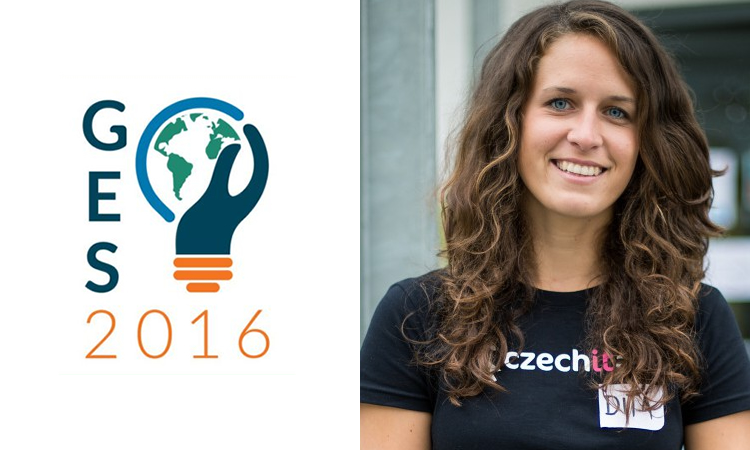 Prague, June 21 – The U.S. Embassy in Prague is pleased to announce that Dita Prikrylova will attend the Global Entrepreneurship Summit (GES), which will take place June 22-24, 2016 in Palo Alto, California, the United States. She will be joining more than 700 entrepreneurs from around the world along with investors, speakers, and leaders in the entrepreneurship space.

This Summit will be the 7th installment in a series previously hosted by the United States and the governments of Turkey, the United Arab Emirates, Malaysia, Morocco, and Kenya. In bringing the Summit back to the United States, President Obama highlights his commitment to building bridges that help us tackle global challenges together.

Learn more about the Global Entrepreneurship Summit at www.GES2016.org. Join the online conversation using #GES2016, and follow us on Twitter at @ges2016 and Instagram at ges2016.

Dita Prikrylova, founder of Czechitas, a volunteer group with a mission to promote careers in information technologies for girls and young women in the Czech Republic, participated in a State Department-funded study program in the U.S. where she was exploring the roles of women in IT technologies and business. A graduate of the Applied Informatics program at Masaryk University in Brno, Dita was selected as the only Czech participant in the worldwide 2016 Young Transatlantic Innovation Leaders Initiative (YTILI) and the Global Entrepreneurship Summit (GES) in Palo Alto, California.