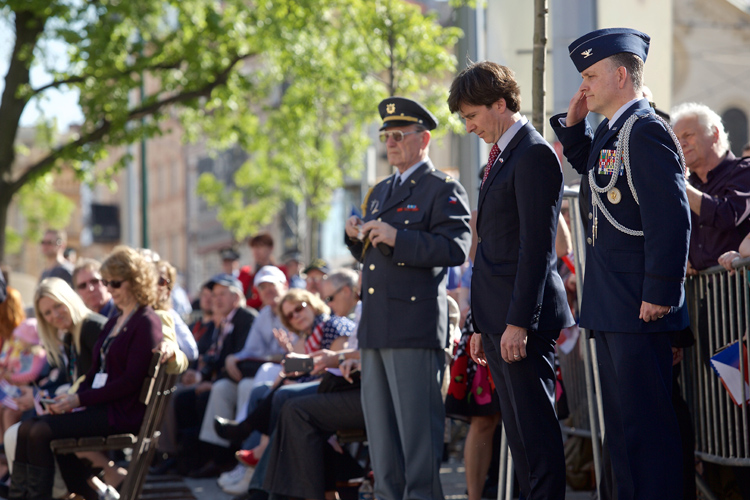 Ambassador Andrew Schapiro attended the WWII liberation commemorative events in Pilsen on May 6, 2016.

From May 5-8, the Liberation Festival in Pilsen celebrated the 71st anniversary of the liberation of the region from Nazi oppression by the U.S. Third Army under the command of General George Patton.

On Friday, May 6, the commemorations culminated in Pilsen. U.S. and Belgian veterans, members of government, and local politicians, and other guests gathered at the General Patton Memorial at Klatovska Street for the main ceremony. Veterans’ representative Earl Ingram (93 years old) appreciated that the Czechs still remember what happened 71 years ago.

In his remarks, Ambassador Andrew Schapiro noted: “One of the lessons of World War II is that despite the cruelty, destruction, and horror of war, people still found the decency and courage to help each other, especially those who were in need, whose families and lives were in danger. In 2016, Europe faces many challenges, but if you look back at the last century you will know that no threat or challenge is so large that we cannot overcome it — if we stay true to our values and remain united in our purpose.”

This year, American diplomats were honored to be invited and to participate in over thirty events commemorating the end of the World War II and the liberation from Nazi rule by the U.S. Army.