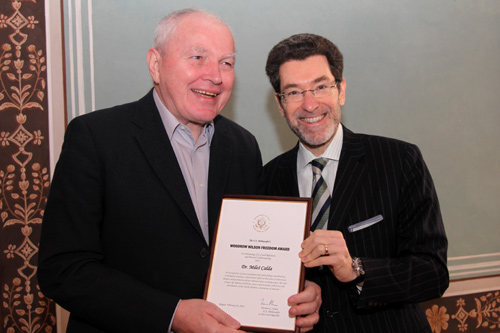 Miloš Calda was instrumental in turning the new American studies program into a well-established and unique department that every year produces dozens of students who become experts in U.S. history, politics, society, and foreign affairs.  Dr. Calda also translated a number of books by important American authors, including Diplomacy by Henry Kissinger, Open Society and Its Enemies by Karl Popper, and The Work of Nations by Robert B. Reich.  He has also written extensively on the U.S. political system, culture, history, and foreign relations with a special focus on transatlantic linkages.