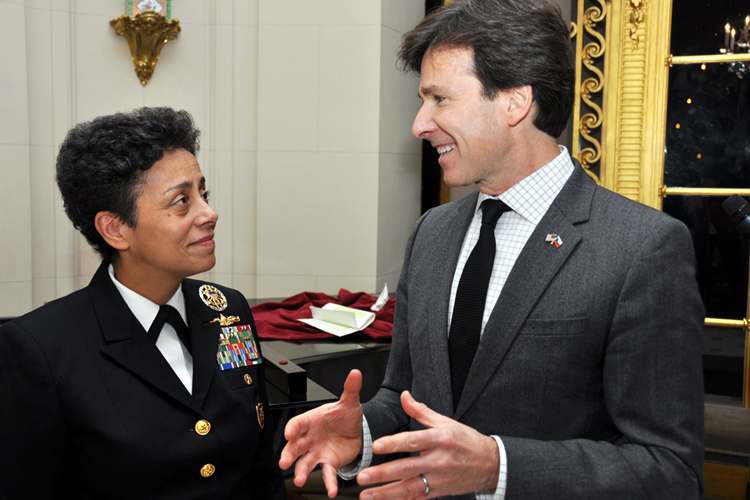 Admiral Michelle Howard led a group of senior female leaders in the U.S. military on a visit to the Czech Republic on December 6-8, 2016. Admiral Howard was joined by Brigadier General Giselle M. Wilz and Rear Admiral Shoshana Chatfield to highlight the strong role women leaders play in the military.

They met with counterparts at the Ministry of Defense, participated in a Women Leadership Panel held at the American Center, and attended a reception in their honor hosted by U.S. Ambassador Andrew Schapiro.

Michelle Janine Howard is an American naval officer and a Vice Admiral in the United States Navy. Howard has achieved many historical firsts throughout her naval career. She was the first African-American woman to command a U.S. Navy ship, the USS Rushmore, and the first to achieve three star rank. In 2006, she was selected for the rank of rear admiral (lower half), making her the first admiral selected from the U.S. Naval Academy class of 1982 and the first female graduate of the U.S. Naval Academy selected for flag rank.