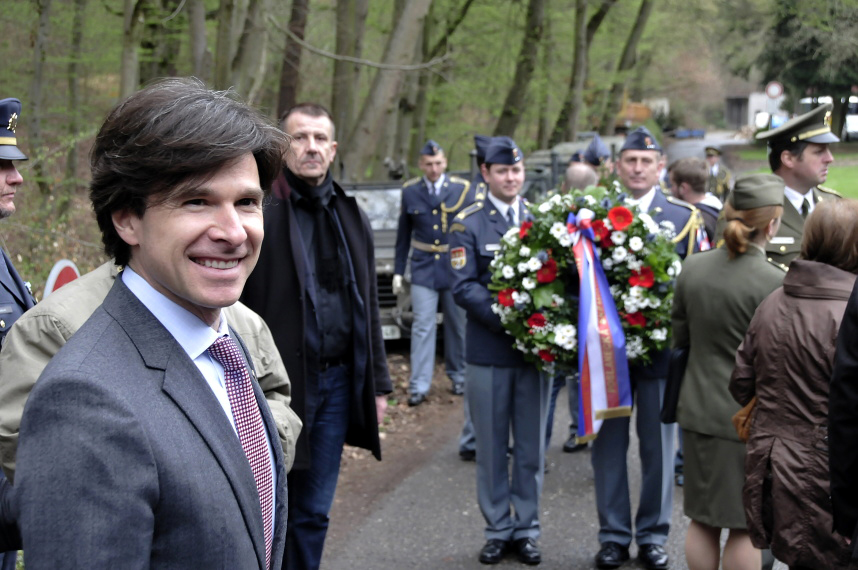 Ambassador Andrew Schapiro attends at a commemoration ceremony honoring the U.S. flyers who lost their lives near the Konopiště chateau close to Benešov.

To commemorate the 70th anniversary of the liberation of then Czechoslovakia at the end of World War II, U.S. Ambassador Andrew Schapiro visited the town of Benešov and the Konopiště chateau on April 17.

The Ambassador participated in commemoration ceremonies honoring the U.S. flyers who lost their lives near the Konopiště chateau close to Benešov in Central Bohemia. Shortly before the end of World War II, German troops executed nine U.S. crew members of the 490th and 850th bombardment groups of the “Mighty” Eighth U.S. Air Force on April 19, 1945, whose planes were shot down in the area.

“The commemoration ceremonies, to which you have invited us today, are of great importance to all of us, regardless of age. They remind us of the great sacrifices borne by Czechs and Americans. They remind us as well of the enduring friendship of our two nations and just how precious our most basic human values are to us,” said Ambassador Schapiro on this occasion.

In the coming weeks, U.S. diplomats will continue to participate in a number of commemorative events throughout the West Bohemian region.

On Saturday, April 18, U.S. Embassy Press Attaché Daniel Ernst took part in a commemoration event in the town of Hranice u Ase, the westernmost town in the Czech Republic. Together with Mayor Miroslav Picka he laid a wreath at the monument of U.S. soldiers who near this town crossed the German-Czechoslovak border on April 18, 1945 and started the liberation of Czechoslovakia from the West.

Mr. Ernst together with local historian Josef Levy then traveled to see the actual border crossing point by the U.S. Third Army in the so-called “Cat’s Head” panhandle on the Bohemian-Bavarian-Saxony border. 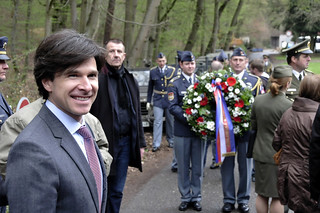