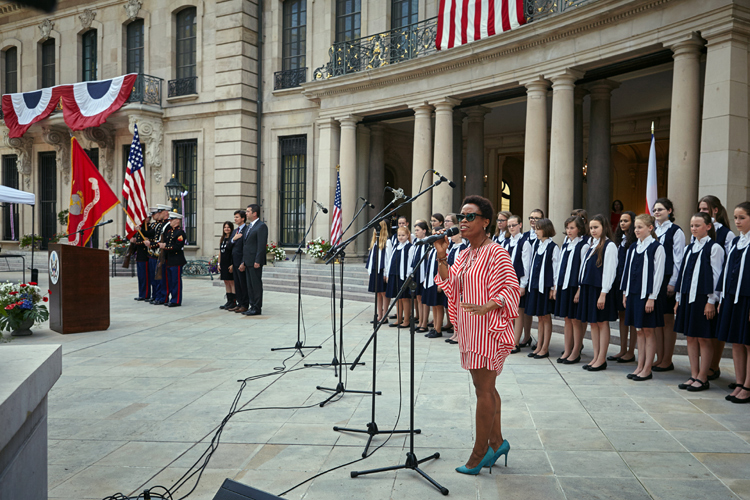 On Wednesday June 29, Ambassador Andrew H. Schapiro and his wife Tamar Newberger hosted a reception marking America’s Independence Day on July 4. Among the distinguished guests was the president of the lower parliamentary chamber, Jan Hamacek, Vice Prime Minister Andrej Babiš, Chief Foreign Affairs Advisor to the President Hynek Kmonicek, diplomats, and many others.

“So we celebrate 240 years of independence. But today I want to speak about an idea that was just as important to our founders, and remains particularly important right now: our interdependence. Our interdependence as nations, and also as citizens. It’s an idea that appears in the Declaration of Independence itself, which ends with the words, “we mutually pledge to each other our Lives, our Fortunes and our sacred Honor.”

“Vaclav Havel had a word for this interdependence. He called it coresponsibility. It applies to individuals and to countries. Our world is more interconnected than ever, and today’s problems are too complex to be solved by any single nation. Our experience in the United States has taught us that we must remain fully engaged with our allies and partners to solve these problems together.‎”

And as Europe faces its own challenges today, it enjoys U.S. support and confidence more than ever. We will continue to work with all of our European partners to ensure continued stability, security, and prosperity in Europe and beyond. Most importantly, I am tremendously pleased that we can work so closely with our great friends, the Czechs, to address the world’s most significant challenges,” said Schapiro.

Full speech can be found here or watch it here:

The United States celebrates the formation of the world’s oldest democracy each year on the fourth of July. On this day in 1776 the Second Continental Congress adopted the Declaration of Independence, which asserted America’s independence by declaring some of the basic rights of man and listing grievances against the British Empire. America’s birthday is celebrated by traditional activities such as parades, concerts, picnics, and fireworks displays. For more information about the holiday, please see our Independence Day page. 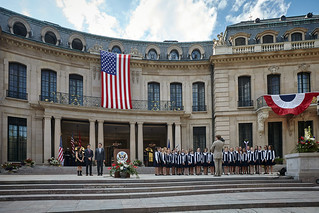