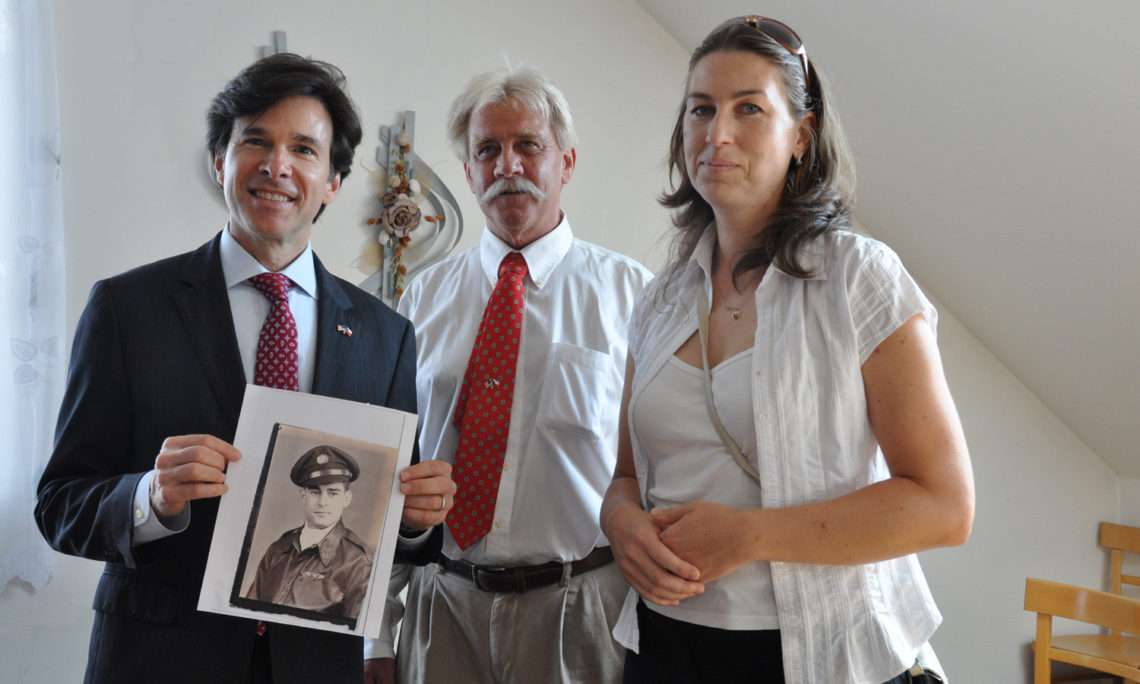 On September 7 in Tochovice near Pribram in Central Bohemia, U.S. Ambassador Andrew Schapiro presented a memorial plaque to the relatives of Josef Parizek who saved U.S. pilot Newton T. Parker from certain death near the end of World War II. Germans shot down Parker’s bomber in April 1945 in the Sedlcany region.

Parker was the only one to survive and avoid capture, and he was eventually found exhausted by Parizek near the railroad crossing in Tochovice. Parizek hid him from the Nazis in his house until the end of the war. The Parizek-Parker story shows how people in dark times, even under threat of death, unselfishly help others who are in need.

Today’s event was attended by Parker’s nephew Scot Lowry and U.S. Embassy Defense Attaché Mark Wootan, as well as two granddaughters and a great-granddaughter of Parizek.