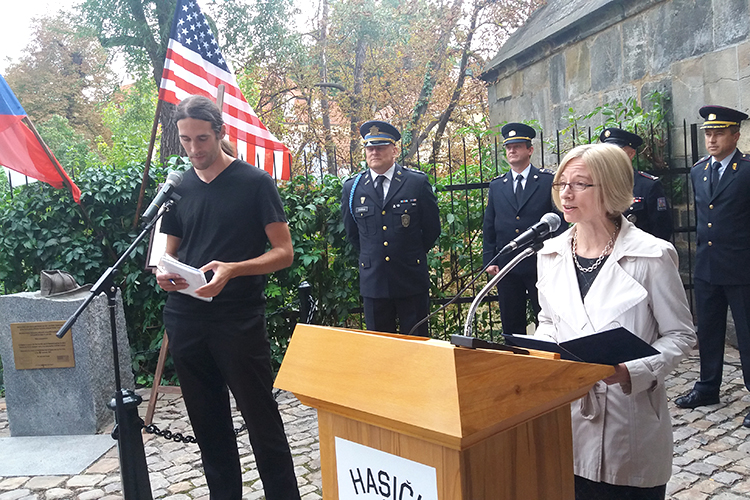 U.S. Chargé d’Affaires Kelly Adams-Smith joined Prague firefighters, Prague 1 Mayor Oldrich Lomecky, other officials, and the public, including many visitors from the U.S., in Kampa in downtown Prague on September 11 to remember the thousands of victims of the terrorist attacks, including 343 firefighters who died while trying to save lives.

“Despite the horror of September 11, it is important to remember the courage and humanity displayed. So many people reached out to help others. Those affected spanned countries, ethnicities, races, and cultures around the world. An act intended to divide, in many ways brought people together,” the Chargé d’Affaires said.

The event was concluded with the leaders of Volunteer Firefighter units awarding about 40 children who participated in the “Young Firefighters Summer Camp.”