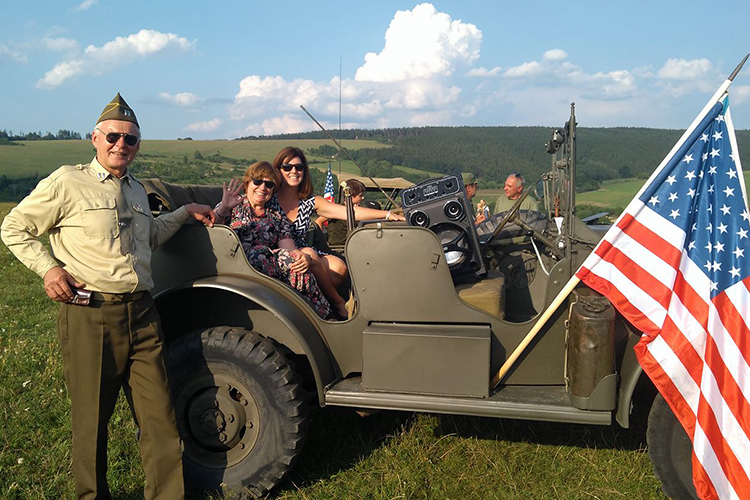 Management Officer Jennie Young at the memorial to U.S. airmen in Krahov.

On August 29, 1944, forty-one U.S. airmen lost their lives in the Air Battle over the White Carpathian mountains. U.S. Embassy’s Management Officer Jennie Young joined Governor Jiří Čunek, national and local politicians and citizens of Slavičín, Rudice, Šanov, and Přečkovice in commemorating the fallen soldiers and the bravery of local people who helped the survivors of the battle.

Very special guest to these events was Jane Pifer with her husband Norman; Mrs. Pifer is the daughter of one of the airmen who lost his life that day — bomber Richard Hartman. Even after 73 years, the commemorations were well attended by dozens of local people, boy scouts, and military history enthusiasts.