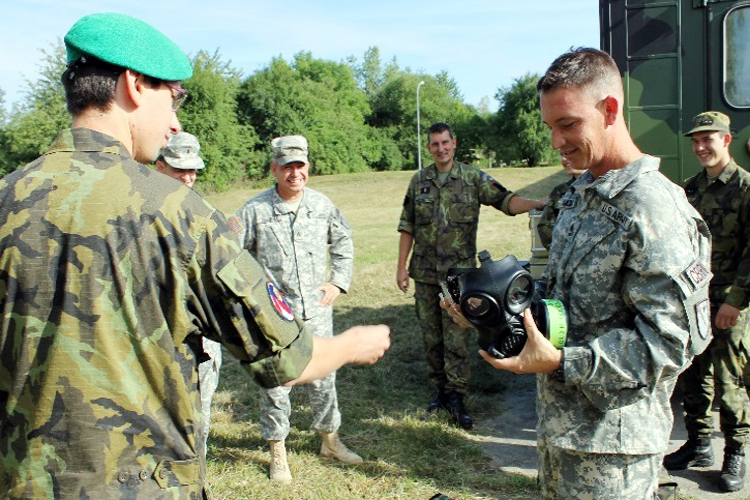 Four soldiers of the Texas Army National Guard, the 436th Chemical Company based in Laredo, participated in a Chemical, Biological, Radiological and Nuclear (CBRN) Site Response exchange with the Czech Republic’s 31st CBRN Regiment, headquartered in Liberec, at the Vyskov Military Training Academy on July 18—22.

Over the course of a week the two units exchanged capability briefings on CBRN defense, discussed their respective procedures for decontamination, protection, sampling and chemical reconnaissance while further developing their partnership.

Through the State Partnership Program (SPP), the Texas National Guard and the Nebraska National Guard work alongside the Czech Republic to conduct military operations in support of defense security goals.