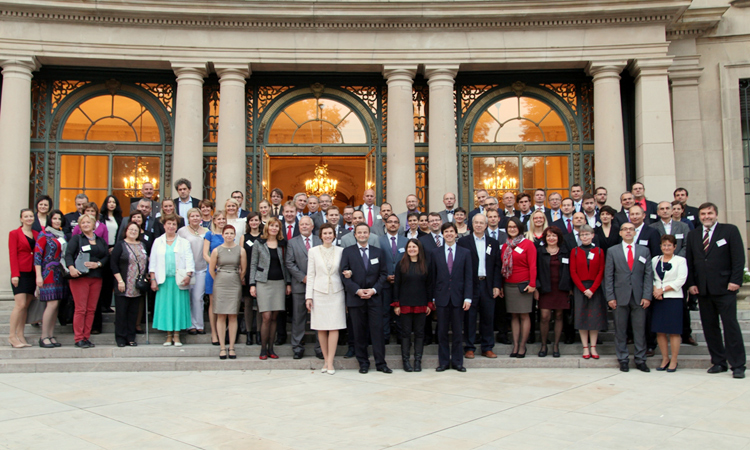 It was Ambassador’s first meeting with the Czech Alumni community.  Before the reception, the Ambassador met with the Board Members of the Czech IVLP Alumni Association. Ambassador Schapiro was impressed to learn about the IVLP Alumni Club and all the achievements of its members.

Cultural Attaché Sherry Keneson-Hall introduced Ambassador Schapiro to alumni community at the reception.  In his remarks, he said he was excited to meet Czechs from so many diverse professional fields and said that he was impressed with the variety of people who have participated in exchange programs. He also greeted IVLP candidates who will be participating in the upcoming FY15.

Later he gave the floor to the newly elected President of the Czech IVLP Alumni Club Jitka Schmiedová who spoke about the latest achievements of the Czech IVLP Alumni Club and future activities. Club board member Václav Sochor spoke about his participation on the conference of ENAM/The European Network of American Alumni Associations, which took place in July 11—12 in Tbilisi.