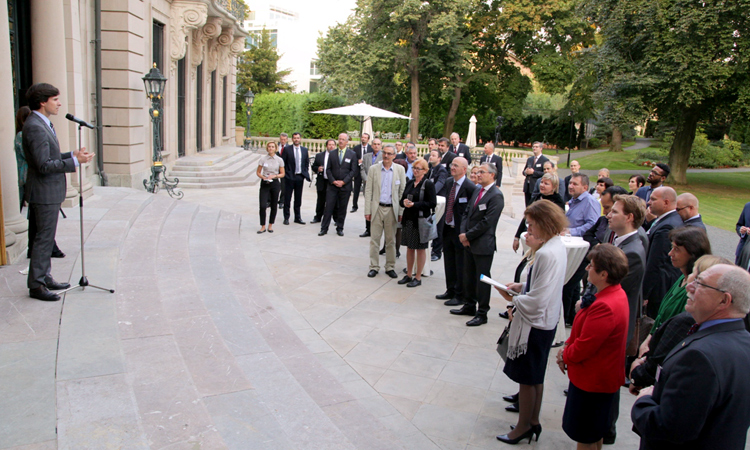 In his remarks, Ambassador said he was excited to meet Czechs from so many diverse professional fields and said that he was impressed with the variety of people who have participated in exchange programs between 1993-2015. He also greeted IVLP candidates who will be participating in 2016.

The International Visitor Leadership Program (IVLP) is the U.S. Department of State’s premier professional exchange program. Launched in 1940, the IVLP is a professional exchange program that seeks to build mutual understanding between the U.S. and other nations through carefully designed short-term visits to the U.S. for current and emerging foreign leaders. More information can be find at exchanges.state.gov.