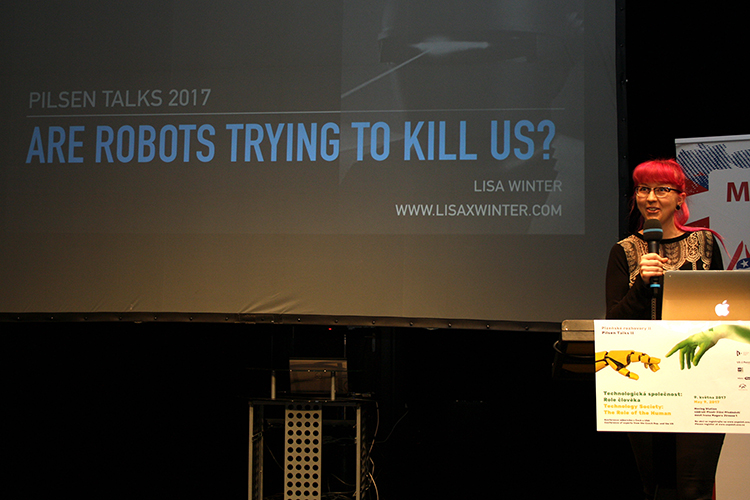 Famous American roboticist Lisa Winter was a highlighted speaker at the Pilsen Talks II Conference Technology Society: The Role of the Human on May 9, 2017. Lisa presented her thoughts on robot-design and construction, as well as the new sport of competitive robot combat, which she showcases on the U.S. television program BattleBots.

Acting Counselor for Public Affairs Erin Kotheimer and Rector Miroslav Holeček delivered opening remarks at this traditional U.S.-Czech event which is being organized jointly by the Embassy and the U.S. Point at the University of West Bohemia.