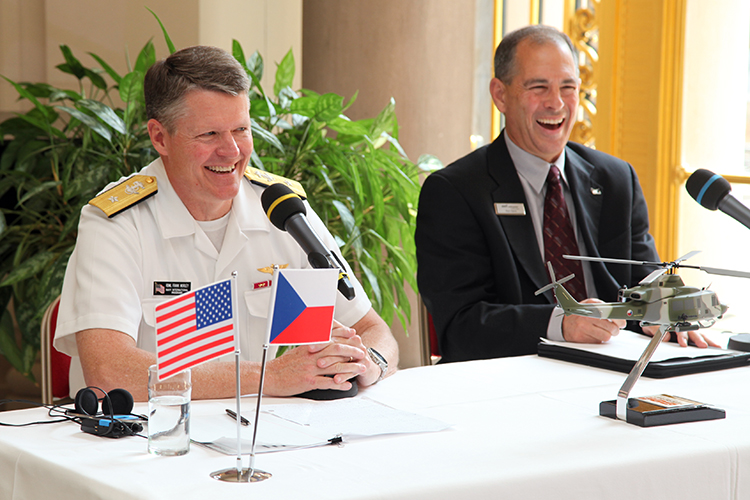 On the occasion of the visit to Prague by Rear Admiral Francis D. Morley, Deputy Assistant Secretary of Navy International Programs (NIPO), and Richard Harris, Vice President for International Military Sales at Bell Helicopter, a press conference was held at the residence of the U.S. Ambassador on June 16 to present the unique attributes and benefits of the Bell UH-1Y helicopter, one of the contenders in the Czech Army’s helicopter tender.

“It is a combat-proven helicopter used extensively by the U.S. Marine Corps. It is very new, used across the world and it is interoperable with other NATO forces. That capability drives us in training together and it drives us in thinking together. It is another opportunity to increase the partnership between our two nations,” said Admiral Morley at the press conference.

After Q&As, journalists had the opportunity to experience the UH-1Y helicopter themselves through a specialized virtual reality simulator.