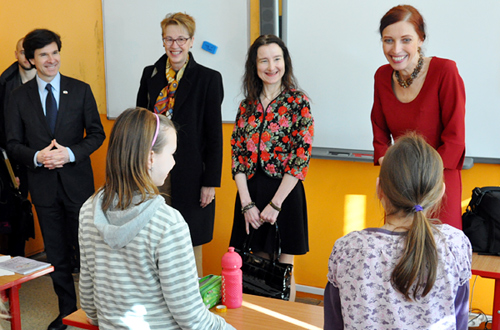 They were impressed by the level of social inclusion in the elementary school in Trmice, headed by Marie Gottfriedova, and inquired about ways their embassies could help further improve the situation.

“Each of our countries takes the issue of tolerance and opportunity very seriously,” said Ambassador Schapiro at a press conference at the school.

“What was very nice to see here was the involvement from the community itself in addressing its problems,” said Ambassador Schapiro, and noted that the NGO could also receive support from the U.S. Embassy’s “small grants” program through which NGOs can apply for aid.