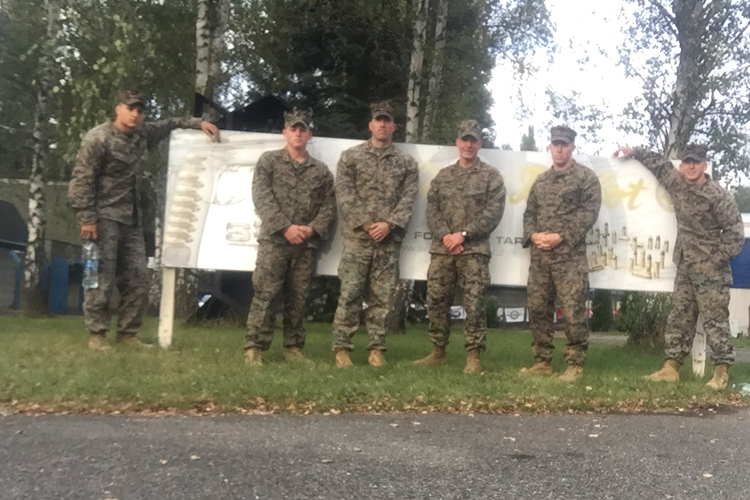 The 14th edition of the international shooting competition “Cup of Active Reserves of the Czech Army Chief of General Staff” held from October 7 to 9 at an army firing range in Pilsen-Lobzy has been the traditional match between Czech active reserves (AZ) and reservists (backups) of foreign armies.

The United States was represented by 2 teams from the U.S. Marine Corp, 2nd Battalion, 8th Marines currently serving as part of the Black Sea Rotational Force in Romania. The U.S. teams placed 9th and 14th overall, no trophies but great memories.