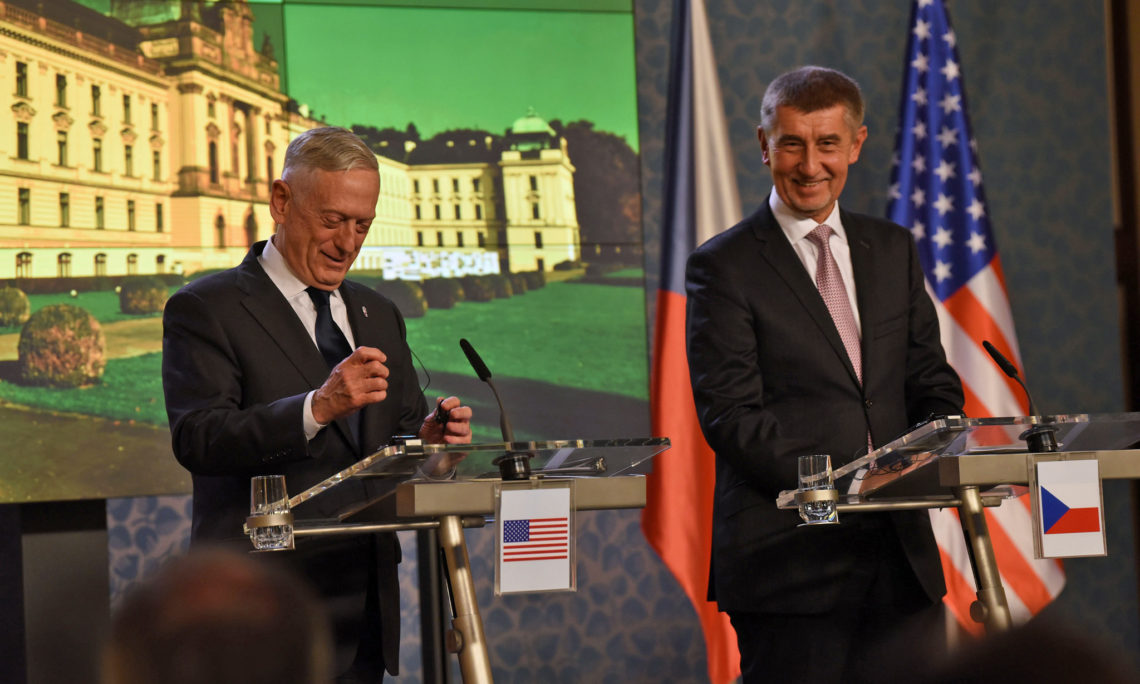 On Sunday October 28 U.S. Secretary of Defense James Mattis attended the military parade in Prague celebrating the establishment of an independent Czechoslovak state 100 years ago.  He met there with Czech President Milos Zeman, Czech Minister of Defense Lubomir Metnar and other Czech and foreign officials.

Mr. Mattis also met Czech Prime Minister Andrej Babis to discuss possibilities for modernizing the Czech military with American equipment.  The Secretary expressed his deepest condolences for four Czech soldiers killed in Afghanistan this year, and acknowledged the Czech’s contribution to global security within the NATO alliance: “What Czech soldiers bring is not massive numbers; they bring skill, they bring professionalism, but they also bring the spirit of the Czech people.”