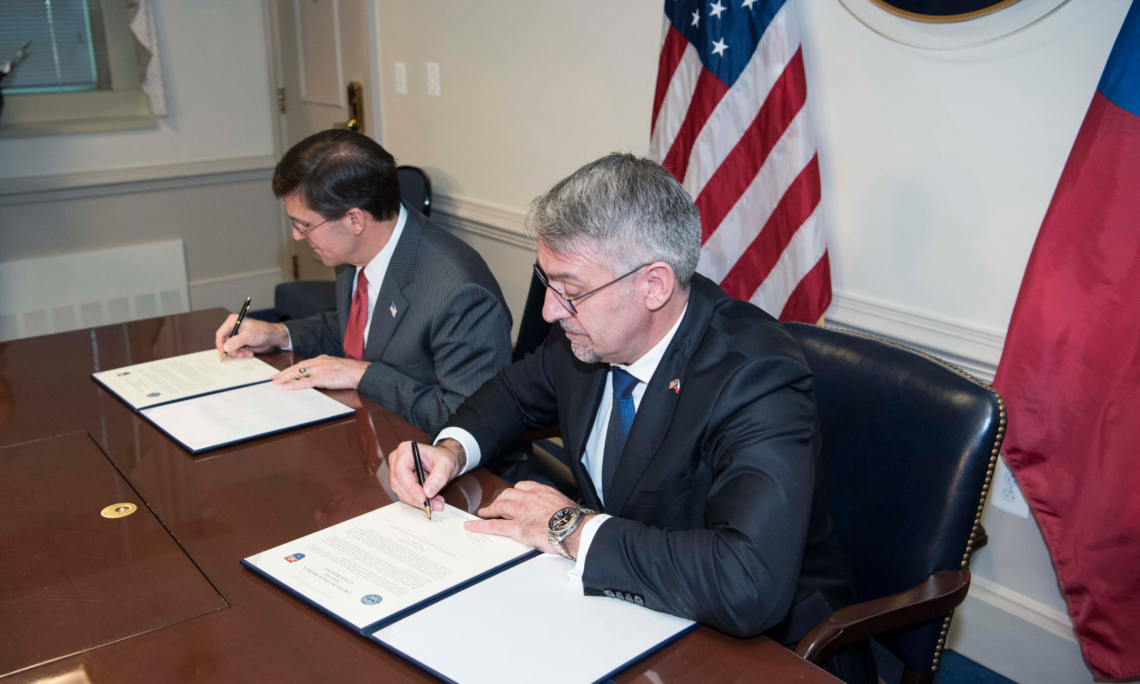 U.S. Secretary of Defense Mark Esper and Czech Minister of Defense Lubomir Metnar met yesterday in a Pentagon ceremony and signed a government-to-government agreement for the sale of 12 Bell helicopters from the United States to the Czech Republic.  The sale is valued at 14.8 billion Czech crowns ($646 million).  The Czech armed forces will buy eight UH-1Y Venom multi-purpose helicopters and four AH-1Z Viper attack helicopters from the United States of America.  Additional equipment, including ammunition, a training simulator, and initial conversion training for pilots and technical personnel is included in the agreement.  The new helicopters will replace aging Russia-built Mi-24 combat helicopters in the Czech Army, providing it with new, NATO-compatible capabilities that will strengthen and modernize the Czech armed forces.

U.S. Ambassador to the Czech Republic Stephen King welcomed the signing and said: “I would like to congratulate the Czech Ministry of Defense and the Czech government on their decision to purchase these extremely capable, highly effective, combat-proven helicopters.  This agreement is the result of a lengthy, competitive, and fully transparent process between NATO Allies, and it will pave the way for even greater security cooperation between our two countries.”

The AH-1Z Viper is the latest in the long line of Huey family helicopters.  The twin-engine attack helicopter is based on the AH-1W SuperCobra developed for the U.S. Marine Corps and features a four-blade, bearingless, composite main rotor system, upgraded avionics, and a new target sighting system.

The Bell UH-1Y Venom, is another recent member of the Huey helicopter family.  Sometimes called the Super Huey, it is a twin-engine, medium-sized utility helicopter, built for the U.S. Marine Corps. It entered service in 2008.