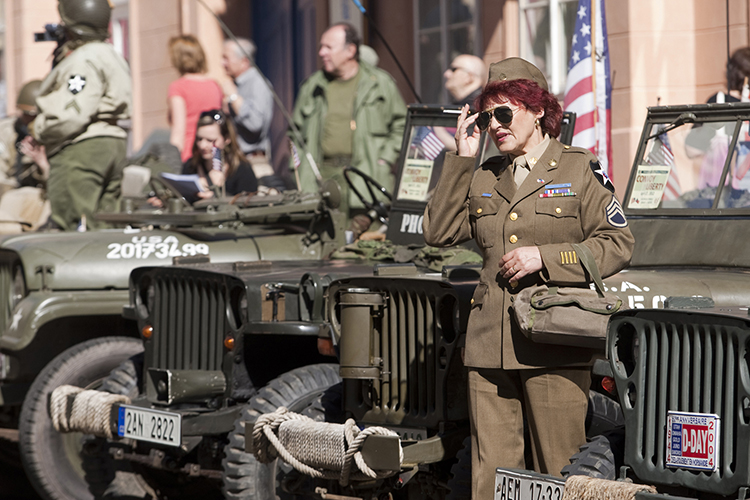 The U.S. Embassy in Prague will commemorate the 72th anniversary of the end of World War II and of liberating the country from Nazi oppression. American diplomats will travel to the regions to participate in events organized by locals commemorating the liberation of western and southern parts of Bohemia by the U.S. Third Army led by General George Patton.

On Friday, April 28, the Convoy of Liberty will make the traditional start of the series of commemorations with a stop at the U.S. Embassy in Prague. Original reconstructed historical military vehicles – including Jeeps, Fords, Willys, Dodges, and also Harley Davidson motorbikes – will be displayed in front of the Embassy. The Czech Army band will perform period music, creating the right historical atmosphere for reenactors, current members of the military, and visitors alike. From Prague, the convoy will continue on to the villages and cities liberated by the Americans. Their tour through the country will culminate on Sunday, May 7 at the Convoy of Liberty parade in Pilsen.

As part of the official celebrations, four contemporary Stryker armored vehicles from the 2nd Cavalry Regiment of the U.S. Army will be displayed in Pilsen and Rokycany. The Strykers will also participate in the Convoy of Liberty in Pilsen.

Convoy of Liberty in Prague