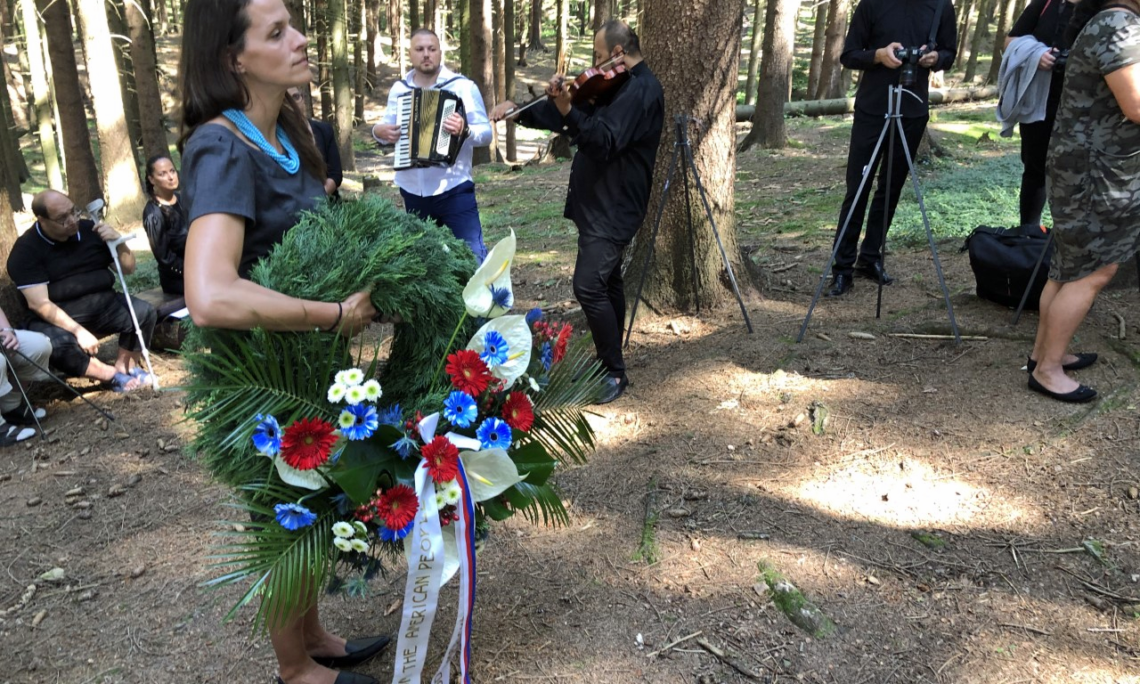 On August 20, 2020, members of the Roma community gathered at a memorial in Hodonín u Kunštátu to remember the victims of a Nazi genocide. More than 1,200 Roma and Sinti men, women, and children were imprisoned and subjected to inhumane conditions at the site during World War II. On August 21-22, 1943, 749 of them were transported to the concentration camp in Auschwitz II-Birkenau.

The memorial event, organized by Muzeum romské kultury, featured poignant testimonies by descendants of the holocaust victims.  Political Officer Iva Ziza laid a wreath and paid homage to the victims on behalf of the American people.