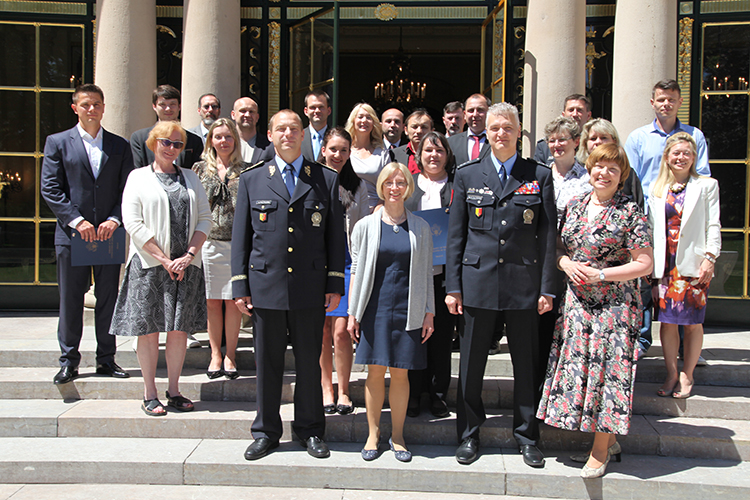 Chargé d’Affaires Kelly Adams-Smith with the participants of English courses for Prague Police.

U.S. Embassy Chargé d’Affaires Kelly Adams-Smith hosted on June 9 a closing ceremony for the Embassy Prague’s Police English Project which has been conducted from 2013 to 2017 in cooperation with the Police of the Czech Republic.

The program has trained more than a hundred police men and women from Prague’s Districts One, Six and Seven. The courses were supported by Police of the Czech Republic leaders, Regional Director of the Prague Police Brigadier General Miloš Trojánek and the Director of the Prague I. Police Col. Karel Prommer.