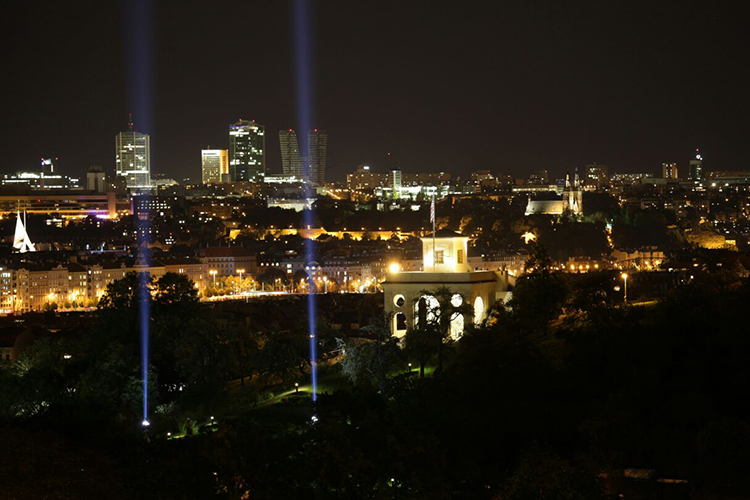 The U.S. Embassy in Prague illuminated the Embassy’s Glorietta pavilion with two columns of light on September 11, 2017.

The U.S. Embassy in Prague illuminated the Embassy’s Gloriette pavilion with two columns of light to commemorate the 16th anniversary of the September 11 terrorist attacks on the United States. The two beams was lit up on Monday, September 11 at 9.00 p.m.

The illumination was inspired by the Tribute in Light, placed next to the site of the World Trade Center in 2002.