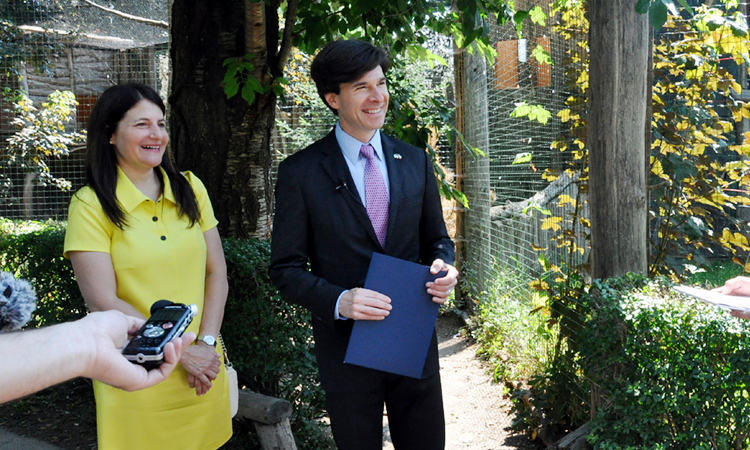 On the occasion of the U.S. Independence Day celebrations (July 4), the U.S. Embassy in Prague adopted the Bald Eagle at the Prague Zoo. Since 1782, the eagle has been a symbol of the American nation. Often it is seen carrying an olive branch and arrows in its talons, as on the U.S. national seal. The Bald Eagle also is a good example of the successful reintroduction of a species that was once on the brink of extinction.

U.S. Ambassador Andrew Schapiro and his wife Tamar Newberger unveiled the adoption plaque at the eagles’ aviary on July 2.

“We wanted to support the Prague ZOO with its mission of education and conservation. We thought that the Bald Eagle is a perfect symbol because it was on the endangered species list for many years and because of careful conservation it is now only on the threatened species list,” said the Ambassador during his interviews with the media.