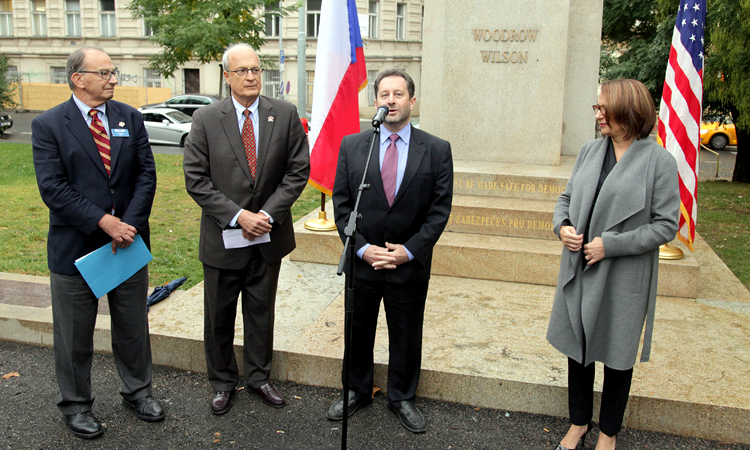 Deputy Chief of Mission Steven Kashkett speaks at a ceremony to transfer custody of the Woodrow Wilson Monument to the City of Prague. (photo U.S. Embassy Prague)

Deputy Chief of Mission Steven Kashkett participated on October 7th at a ceremony to transfer custody of the Woodrow Wilson Monument to the City of Prague. At the ceremony organized by the American Friends of the Czech Republic (AFoCR), Lord Mayor Adriana Krnáčová accepted the monument on behalf of the City.

Deputy Chief of Mission Kashkett noted that, “This statue commemorates the rebirth of Czech democracy after decades of suppression, the close friendship between the Czech and American people, and serves as a promise for our future cooperation.”

The American Friends of the Czech Republic rebuilt the Woodrow Wilson Monument in front of Prague’s Main Train Station from 2008 to 2011 and unveiled it on October 5, 2011. The original statue from 1926, by the U.S. sculptor of Moravian origin Albin Polasek, was destroyed by the Nazis in 1941.

See the pictures of the Woodrow Wilson monument in Prague on Flickr: 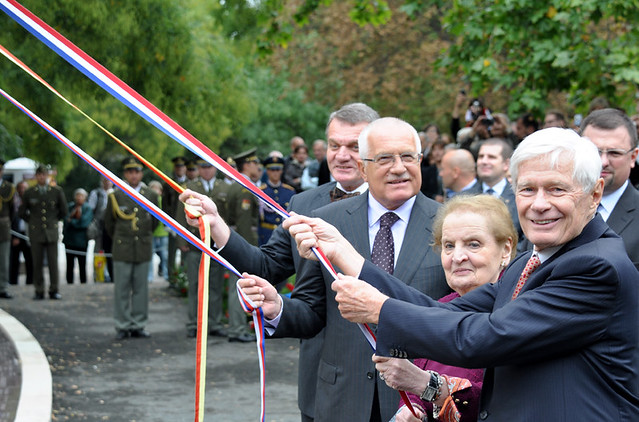