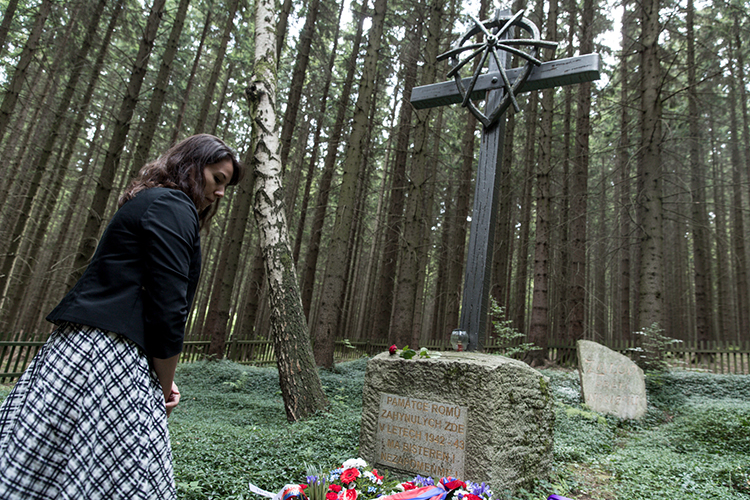 Julianne Parker, political officer for human rights of the U.S. Embassy, laid a wreath on August 20 on behalf of the American people at the memorial in Hodonin u Kunstatu where some 200 people, including Czech Prime Minister Bohuslav Sobotka, gathered to commemorate the Roma Holocaust. The memorial was built at the site of a former Nazi internment camp for Roma people.