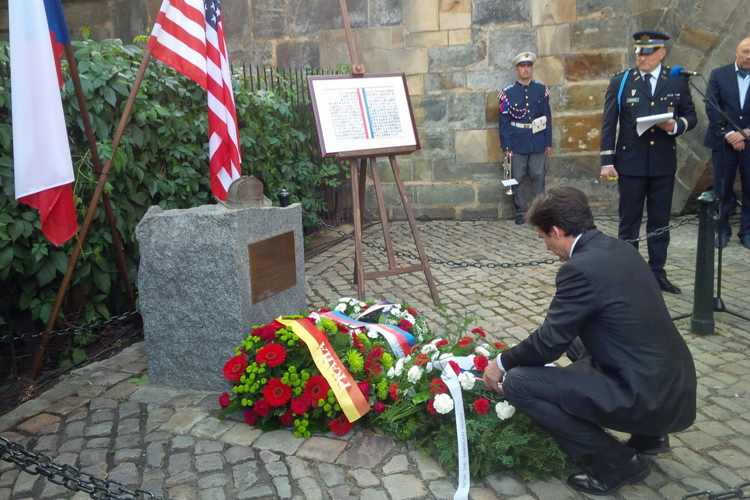 U.S. Ambassador Andrew Schapiro joined Prague firefighters, Prague 1 Mayor Oldrich Lomecky, other officials and the public in Kampa in downtown Prague on September 11 to remember the thousands of victims of the terrorist attacks, including 343 firefighters who died while trying to save lives.

“I remember the memorials that popped up at every firehouse throughout the city,” said Ambassador Schapiro, who lived in New York at the time of the attacks. “We also remember the outpouring of support that we felt from around the world including the Czech Republic – and we thank you for that. The attackers were not just attacking the buildings, but they were attacking the ideas of an open, tolerant, and democratic society. The challenge that we face today is to defeat terrorists but also to remain true to our values while doing that,” Schapiro said in his speech.