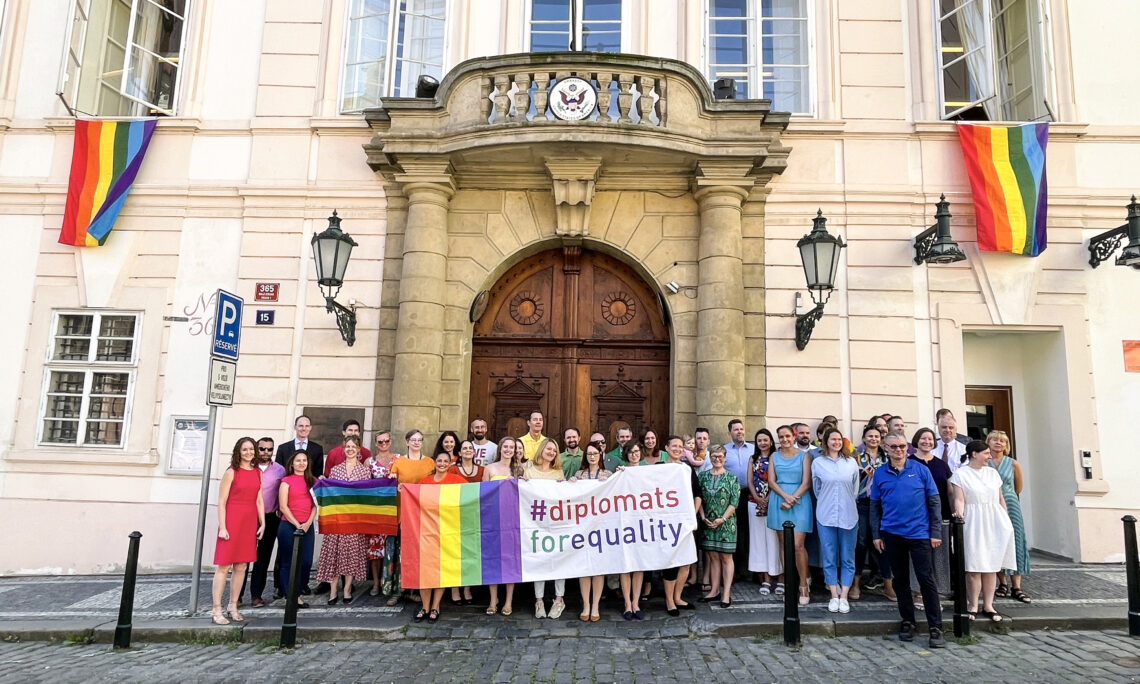 Prague, August 8 – The U.S. Embassy will again participate in the LGBTI+ Prague Pride Festival, which takes place the week of August 8 to 14 throughout the city. Through our support for Prague Pride, we demonstrate longstanding U.S. support for human rights, equality, and dignity irrespective of sexual orientation or gender identity.​

The U.S. Embassy will highlight our support through the following activities:

The U.S. Embassy in Prague remains committed to supporting the human rights of LGBTI+ persons together with the Czech government, civil society, interfaith and business communities.  Since 2011, the U.S. Embassy has provided support to Prague Pride, as well as meeting space for civil society organizations for workshops and discussions on LGBTI+ issues at the American Center in Prague.