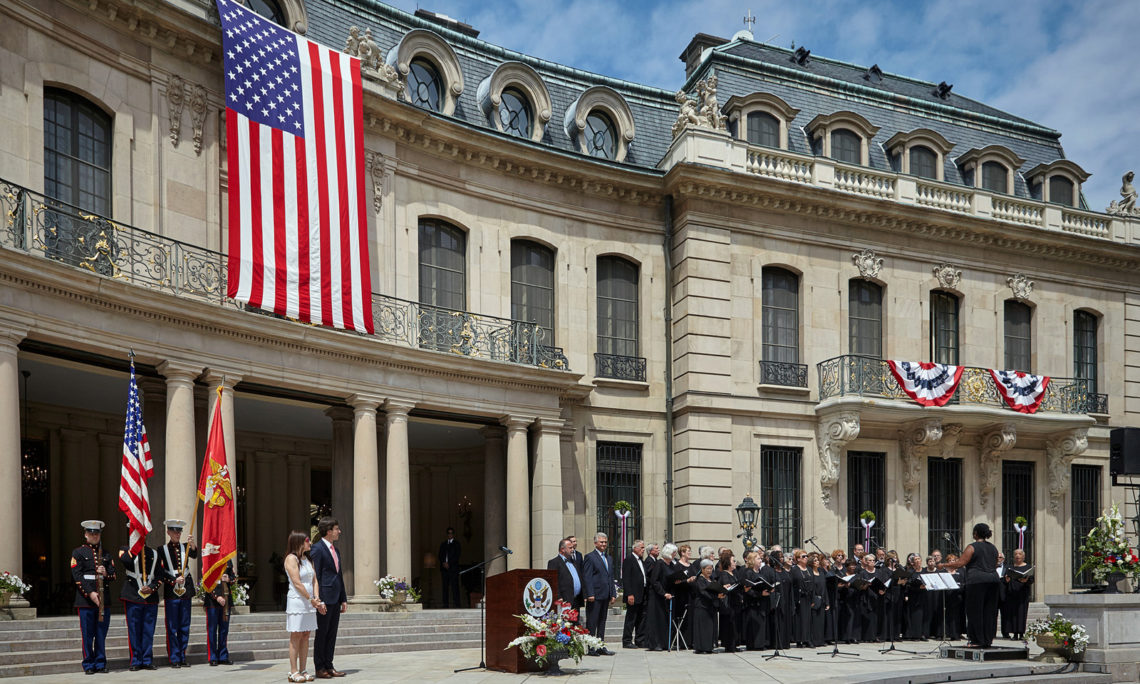 On Tuesday, June 30, Ambassador Andrew H. Schapiro and his wife Tamar Newberger hosted a reception marking America’s Independence Day on July 4. Among the distinguished guests were the presidents of both parliamentary chambers, Milan Stech and Jan Hamacek, Chief Foreign Affairs Advisor to the President Hynek Kmonicek, ministers, diplomats, and many others.

“Americans and Czechs fought for their freedom at different times, but with the same goals. We wanted democracy, security, human rights, and individual freedom. As friends, we are committed to defending our hard fought freedoms and to defending a Europe free, whole and at peace,” said Schapiro.

“I can’t discuss the U.S.-Czech relations without mentioning our shared values. I am so gratified to see the Czech government’s continuing strong commitment to the advancement of democracy and human rights around the world.

It is truly a privilege to be here an Ambassador of one of the greatest countries in the world, and also to have roots in another great country, the Czech Republic.”

Full speech can be found here.

The United States celebrates the formation of the world’s oldest democracy each year on the fourth of July. On this day in 1776 the Second Continental Congress adopted the Declaration of Independence, which asserted America’s independence by declaring some of the basic rights of man and listing grievances against the British Empire. America’s birthday is celebrated by traditional activities such as parades, concerts, picnics, and fireworks displays. For more information about the holiday, please see our Independence Day page. 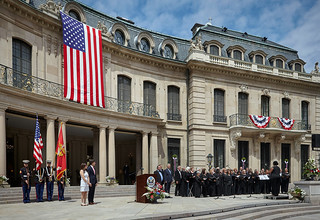