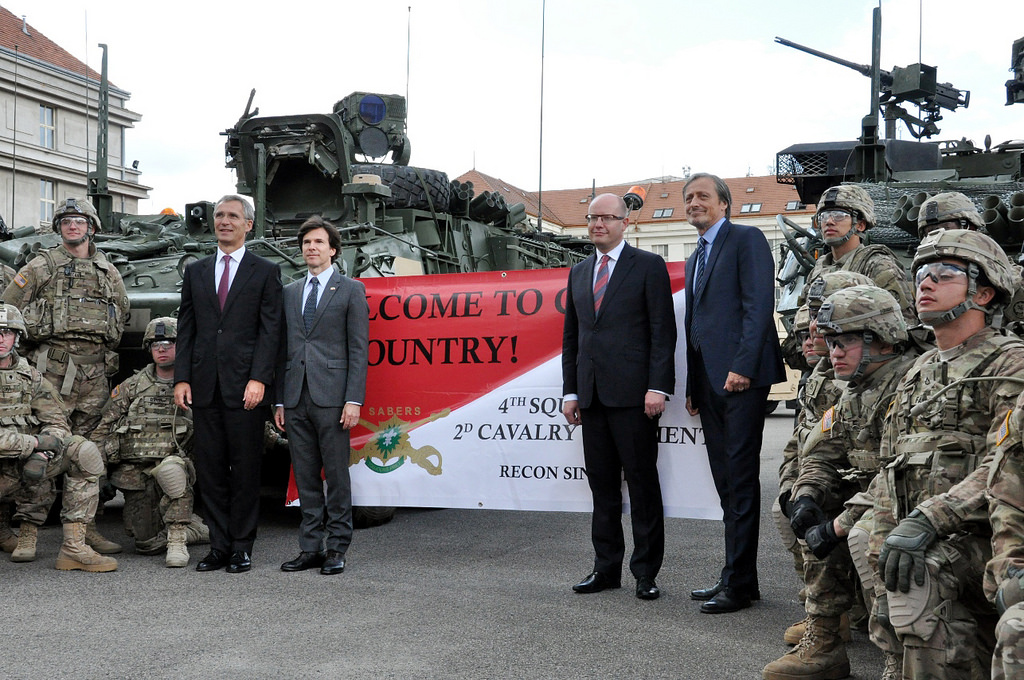 As part of U.S. Army Europe’s Dragoon Crossing, troops from the 2nd Cavalry Regiment of the U.S. Army met with NATO Secretary General Jens Stoltenberg in Prague. Stoltenberg, on an official visit to the capital, was accompanied by Czech Prime Minister Bohuslav Sobotka, Defense Minister Martin Stropnicky and U.S. Ambassador to the Czech Republic Andrew Schapiro. The delegation met with U.S. troops and reviewed military vehicles, which included armored Strykers.

Dragoon Crossing is a U.S. Army Europe exercise that reinforces NATO solidarity among its members. Its goal is to exercise freedom of movement across the alliance, and includes elements from the U.S. Army’s 4th Squadron, 2nd Cavalry Regiment as well as support from military forces in the Czech Republic, Slovakia, and Hungary.