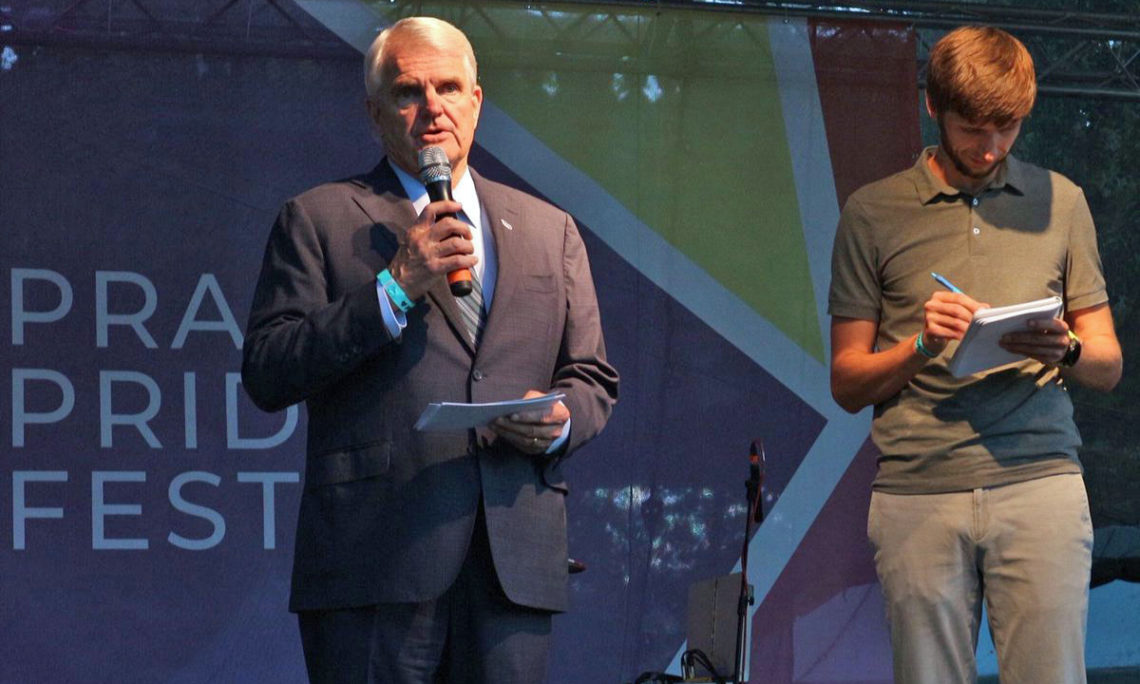 On August 6, Ambassador King attended the opening of the 8th Prague Pride Festival which belongs among the largest cultural events of Prague´s summer season.  The Ambassador said in his speech on Strelecky Island that he is „proud that the U.S. Embassy has supported the festival since its inception in 2011 … because LGBTI person – like all persons – have the right to enjoy their human rights and fundamental freedoms. … As Americans, we place a high value on these rights and freedoms.“

The American Center also screened the film Any Day Now (2012), an award-winning film about a gay male couple who take care of an abandoned handicapped boy. On Saturday, August 11, the U.S. Embassy team will again participate in the Prague Pride parade with a float in the march from Vaclavske Namesti to the festival village at Letna Park.

The U.S. Embassy in Prague remains committed to supporting the human rights of LGBTI persons together with the Czech government, civil society, interfaith and business communities. The U.S. Embassy has provided financial support through its small grants program to Prague Pride, as well as meeting space to civil society organizations for workshops and discussions on LGBTI issues at the American Center in Prague.