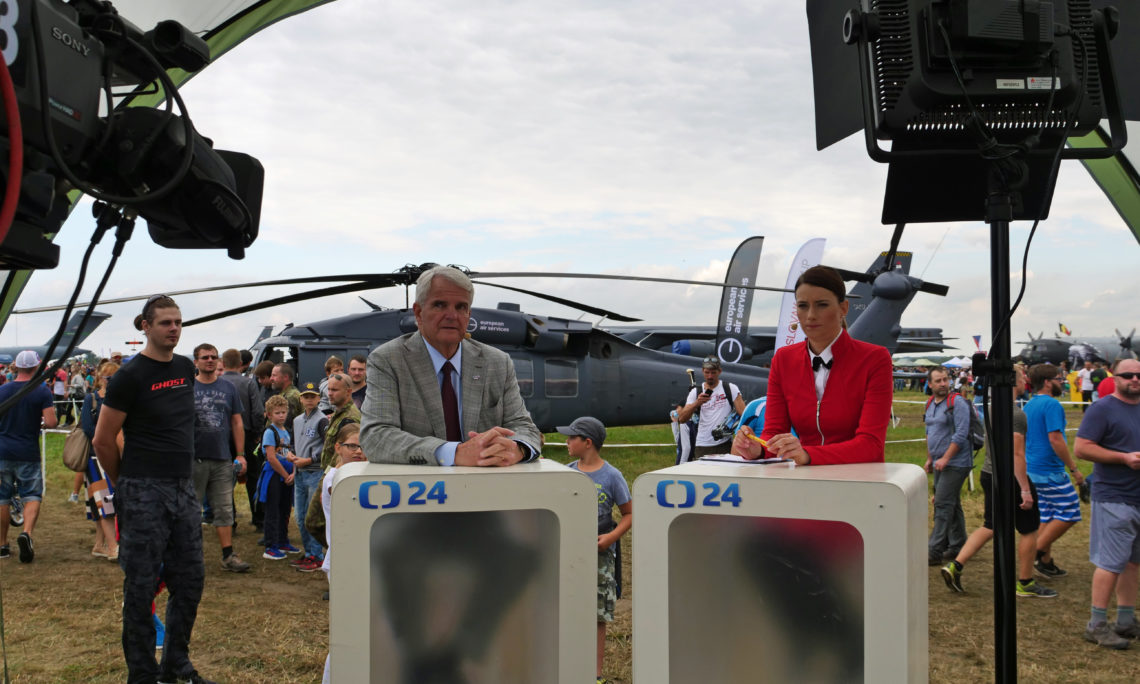 The United States was a special partner nation of the 18th year of the NATO Days in Ostrava on September 14-15, which reflected the Centennial of the Czech-American relations.  The media reported that as many as 220,000 people visited the air show, a near-record attendance.

General Richard Clark, the Deputy Commander of U.S. Air Forces in Europe and a former B-1 bomber pilot, talked to the media about the great cooperation with the Czech Air Force and the U.S. air and ground equipment on display, including the B-52 bomber, KC-135 strato-tanker, C-17 Globemaster transport aircraft and the UH-1Y Venom helicopter made by Bell. The helicopter appeared for the first time in the Czech Republic; it was transported to Ostrava by the Globemaster.

U.S. Ambassador King, who also attended the event, talked to the press about U.S.-Czech security relations and their cooperation in NATO.