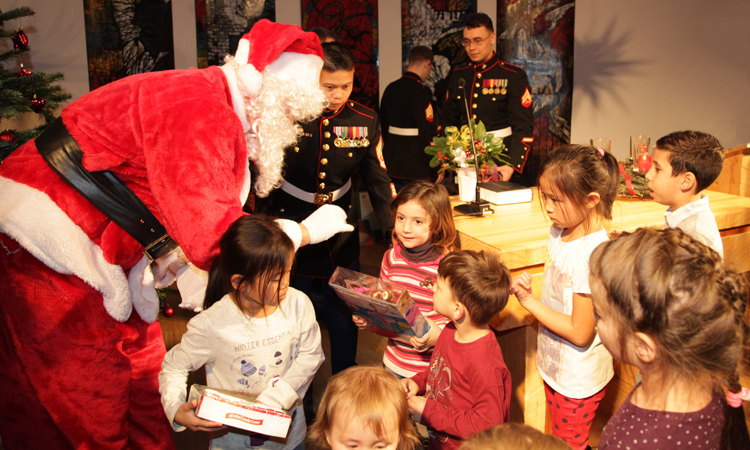 The U.S. Marines delivered toys to the community center of the NGO Společnou cestou in Prague-Chodov. Photo: U.S. Embassy Prague

The U.S. Marines’ Toys for Tots program began in 1947 when a Reserve unit in Los Angeles collected 5,000 toys to give to less fortunate children in their local community. Since then, the program has distributed around 470 million toys, all around the world.

On December 9th, First Lady Michelle Obama spoke of the amazing impact the Toys for Tots program has had, noting that the Marines were responsible for millions of moments of joy and gratitude.

“These Marines and their families make millions of Christmas wishes come true,” says First Lady, Michelle Obama. “That moment that little girl unwraps her first train set maybe, or a teenager puts on his first collared shirt or gets that computer game he’s always wanted but never thought he would get.  Or the struggling single parent that breathes a sigh of relief because there will be presents under the tree after all.”