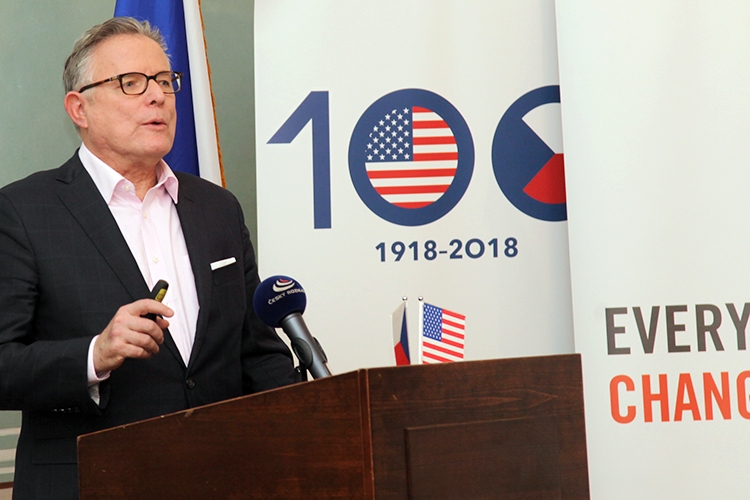 David Boardman, the Dean of the Klein College of Media and Communication at Temple University in Philadelphia, and Chair of the Board of the Solutions Journalism Network, spoke at the U.S. Embassy American Center on March 5 at the invitation of Ashoka ČR and the Open Society Fund Praha, in cooperation with the U.S. Embassy. Boardman discussed his rich professional experience with journalists and media experts, and spoke about the growing number of attacks against media around the world and the future of journalism. He also discussed the principles of Solutions Journalism.

“The business of journalism is changing,” Boardman said. “We are seeing that in many of our countries readers are willing to pay for quality journalism – and not only on the level of the New York Times, but also on the local and regional level. I think this is the beginning of the new and much more hopeful era. There is no choice, quality journalism must survive – and this is an exciting time for journalism,” he added.

Boardman was the executive editor and senior vice president of The Seattle Times, the largest news organization in the Pacific Northwest. Under his leadership, The Times won four Pulitzer Prizes and produced 10 Pulitzer finalists. Boardman personally has been the recipient of numerous other major national awards.