Home Hlavní strana / News & Events / There is No Need to Fear Russia. Russia Does Not Decide About NATO’s Borders – CDA Bachus with Czech Daily Denik N 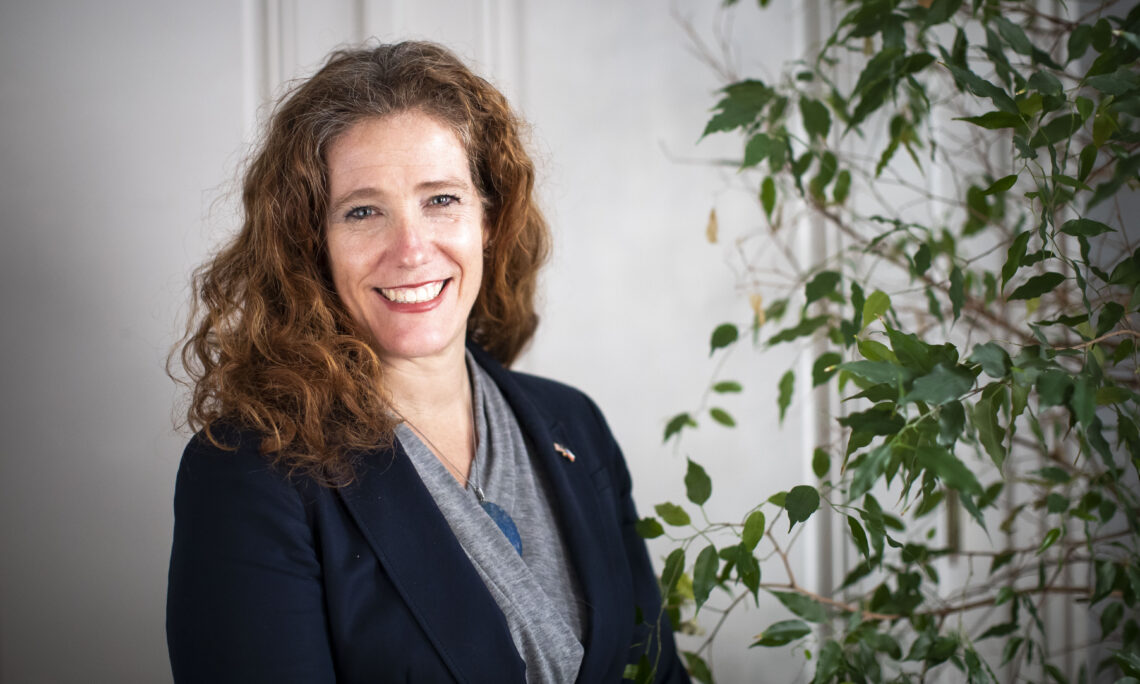 Almost a year has passed since Ambassador Stephen King left Prague. It is typical for ambassadors who are not career diplomats to finish their tours when the administration that appointed them changes— in this case, the Trump administration.  The United States has not yet nominated a new ambassador, but as Chargé d’affaires Jennifer Bachus told Denik N, this is not some sort of bad sign for Prague.  Several large European powers are lacking an American Ambassador.

In the interview, among other things, we ask about:

It is already a year since the Biden administration took office, and the United States does not have an ambassador in the Czech Republic—“just” a chargé d’affaires. President Biden has difficulty with getting his nominees in place across government, not just ambassadors.  Isn’t a year a long time?  What is the reason?

I don’t have any news about a new ambassador—just like everyone, I’d be glad to know who that will be.  I think that the Czech Republic is a great opportunity for any ambassador, thanks to our exceptionally deep bilateral relationship, and thanks to its geographic location.  But is a lengthy process, we still don’t have ambassadors nominated in Britain, in Italy . . .

The President is most focused on ongoing crises, such as the one around Ukraine and his domestic agenda.  That’s why personnel matters are taking longer than you’d expect.  The Czech Republic shouldn’t take this as some sort of signal of how it is perceived.  You are a strong and important Ally for us.

Doesn’t this lengthy process of confirming nominees, not just ambassadors but many other positions in the presidential administration show that internal political problems in the United States have begun in recent years to affect foreign policy? What signal do you think this sends to the world and allies?

The United States is founded on the idea of a balance of power between the legislative, executive, and judicial branches, and therefore the executive has limited powers to push through its nominees.  If it shows the woprld anything, it shows it that we have checks and balances at different levels of power.

When the Senate is divided close to 50-50, it’s more difficult for the executive to put its nominees in place.  But that was done on purpose, so the president would not have too much power.

And I recognize that the situation is frustrating.  I have friends and colleagues who have been nominated to different positions and they would be glad for the process to be done, but they understand how the process is important.

When you took over as head of the Embassy during the lack of an Ambassador a year ago, did you expect it to be for so long?

I didn’t know how long it would be.  But it was clear that the new president needed to select his nominees and send them to the Senate for confirmation.  And that always takes some time.  I expected that it wouldn’t be a short period but it was impossible to say how long it would take.

Is it a matter for this year?

I really don’t know.  Things are unpredictable, it can go very quickly or very slowly.  I just can’t comment because the process isn’t within the power of the executive.

The Czech Republic has the new Petr Fiala government and a short while ago in the United States the Joe Biden administration took office.  Did that bring some sort of change in the dynamic between Prague and Washington?

The strength of the Czech-American relationship is permanent. Political situations change repeatedly in the United States and in the Czech Republic but the relationship lasts.  The reason is simply because we share the same values, we have the same strategic priorities, we have joint projects that we work on for generations—that’s why our strong ties endure.

The full interview can be found on Denik N website.