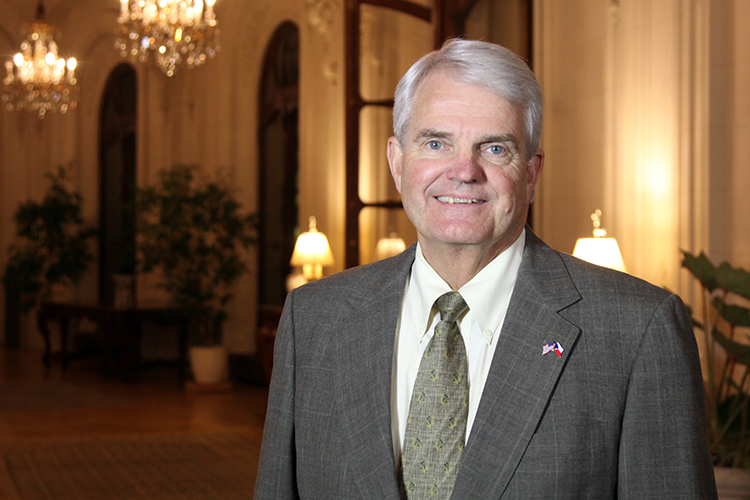 As I prepare to return home to the United States, I would like to consider a quote from President Ronald Reagan in his June 9, 1982 remarks to the British Parliament, “Let us ask ourselves, ‘What kind of people do we think we are?’ And let us answer, ‘Free people, worthy of freedom and determined not only to remain so but to help others gain their freedom as well.’” What the Czechs have done, particularly your heroes who gave their lives in defending freedom and fighting those who would deny freedom and democratic societies in such places as Afghanistan, Iraq, Mali, and elsewhere, speaks for itself. Democracy is only as good as its citizens. It is a project which is never finished as we saw at the U.S. Capitol on January 6. Even after an extremist mob violently stormed our Capitol, our Congress reconvened and completed certifying the results of our Presidential election.

I am proud of the relationship we have together strengthened for our countries and people over the past three years. This is a relationship built on shared history, values, and sacrifices. I was honored to celebrate three momentous Czech anniversaries during my tenure here — the 100th anniversary of the signing of the Pittsburgh Declaration which created the first democratic nation in Central Europe, the 30th anniversary of the Velvet Revolution and the collapse of the totalitarian Communist regime, and the 75th anniversary of the liberation of Western Bohemia by Allied troops. All three of these events gave us the opportunity to consider where we have been, where we are, and where we will go together. And most importantly they remind us that freedom-loving people, be they Americans, Czechs, or others do prevail over even their darkest hours.

Based on our shared values, we have continued to enhance our extremely strong relationship, which I often compare to a three-legged stool. The first leg is friendship – friends take care of friends. The second leg is security – we have your back, and you have ours. And the third leg is economic prosperity. We have made great progress on all three fronts.

During my visits to the 14 regions of the Czech Republic, I had the opportunity to speak to many of you, as well as hear about your hopes, dreams, and concerns. I also hosted three PKF Prague Philharmonia concerts for freedom at my residence in Prague, highlighting the apolitical and universal value of cultural institutions. We established the new Future Leaders exchange program, sending Czech high school students to live and study for one year in the United States; and we opened a new American cultural center in Ostrava, complementing existing centers in Prague, Brno and Pilsen.

High-level visits by Secretary Pompeo, former House of Representatives Speaker Paul Ryan, General Mattis, and Energy Secretary Rick Perry underscored the importance we place on our relationship with you. We celebrated the 5G joint declaration signed in Prague, as well as Prime Minister Babis’ visit to the White House, along with progress modernizing and building your military capabilities to meet NATO commitments. Your government’s purchase in 2019 of Bell helicopters marks a significant step towards meeting those goals.

I worked hard to secure increased business investment between our two countries, such as with GE Aviation and Novavax here in the Czech Republic; and Ceska Zbrojovka and Cyrtur in the United States, creating new jobs and prosperity in both countries. I firmly believe that shared economic prosperity is the glue that holds us together. As we face new competitors and new challenges, we will need to work together not only as Allies but as economic partners.

Yet even as we celebrate our shared accomplishments, we face very real challenges. COVID brought us together both on the development of a new vaccine, as well as on economic recovery efforts. Authoritarian regimes that do not share our values continue to work to divide us as Allies, sow distrust in our democratic systems, and to exploit corrupt actors within our economies. But we have overcome similar challenges before, and I am confident we will do so again.

Let me conclude by thanking you for your efforts to maintain our democracies and ensure ongoing respect for human rights – in the United States, the Czech Republic, and around the world. Remember that we are stronger when we work together; we look forward to continuing to partner with you. As I have said on so many occasions, we were here yesterday, we are here today, and we will be here tomorrow! I have truly fallen in love with the Czech Republic. I will miss you and my time here greatly. My sincere wish is that God will continue to bless you and your wonderful country.