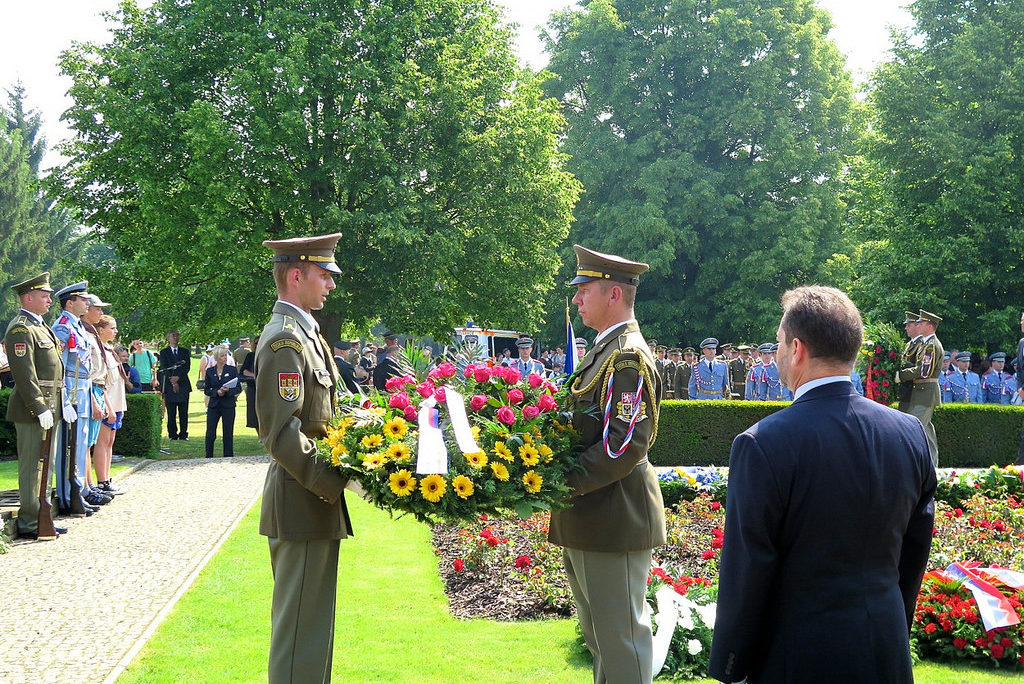 As we do every year, the U.S. Embassy participated in the annual commemoration of one of the most brutal incidents of World War II: the Nazi annihilation of the Czech village of Lidice and the summary execution of most of its inhabitants in collective retaliation for the assassination of the senior German officer in Prague by Czech patriots in May, 1942.

Chargé d’Affaires Steve Kashkett and summer intern Ginny Rogers represented the U.S. Government at this somber event organized annually by the Czech Government in the meadow where Lidice had once stood, placing a wreath at the common grave and paying tribute at the wall of names of the hundreds who died and at the statue memorializing the children who perished.