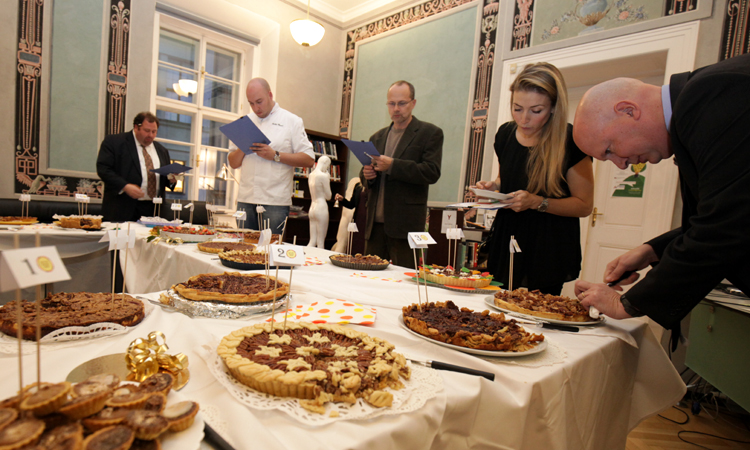 The U.S. Embassy conducted a Thanksgiving Pecan Pie Cooking contest on November 24th at the American Center. Nineteen bakers participated in the contest, competing for the “Best Pie” and “Most Creative Pie” awards. Diana-Company provided 300 grams of pecans free of charge to each contest participant.

Seven judges, including famous Czech Chef Ondřej Slanina, tasted each pie – after the points were tallied, four winners emerged, who were awarded certificates by Ambassador Schapiro: Ivana Kořínková won best overall pie, Adéla Jiránková second place in the Best overall Pie category, and there was a tie for the Most Creative Pie Awards, which went to Adéla Drbohlavová and Lída Kolouchová.