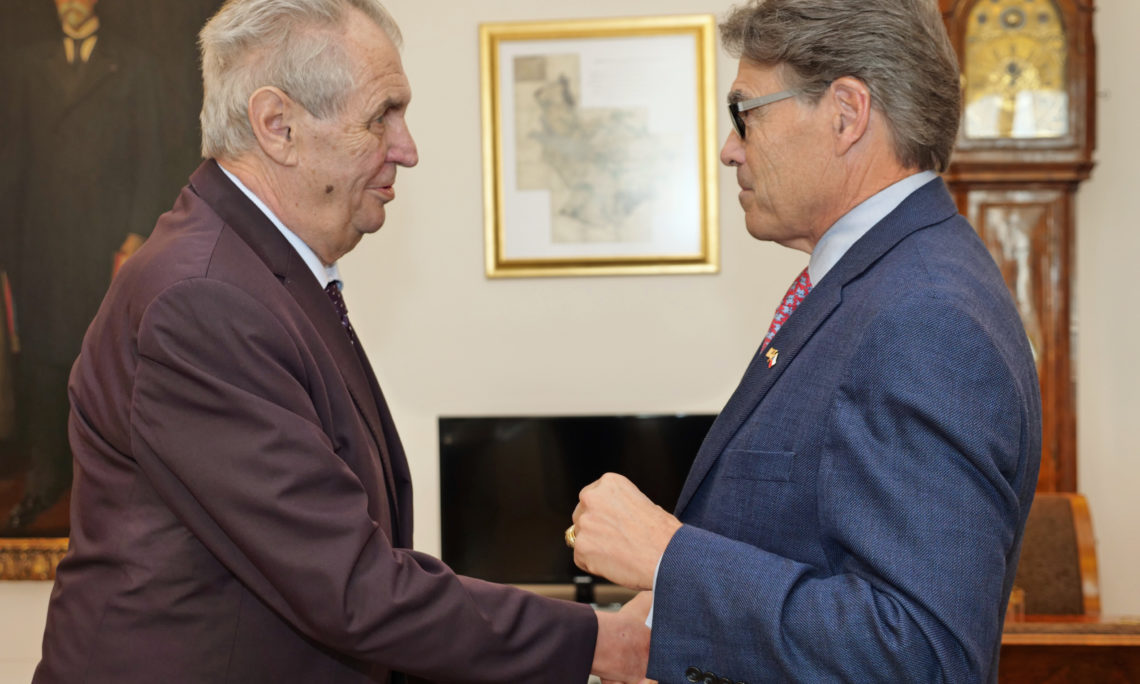 During his November 14 visit to the Czech Republic, on the day of the 100th anniversary of the signing of the Czechoslovak Declaration of Independence in Washington, D.C., U.S. Secretary of Energy Rick Perry met with Czech President Milos Zeman and Prime Minister Andrej Babis to discuss the close U.S.-Czech relationship and the issue of energy security.

Speaking to Czech energy experts during a public address at the Ministry of Foreign Affairs, Secretary Perry emphasized that:  “We support energy security and with it, our freedom, sovereignty, and prosperity. Independence can be threatened in other ways besides outright invasion.  It can be threatened when a nation’s vulnerabilities are exploited through coercion and manipulation.  By any measure, energy security requires energy diversity, a diversity of supply, of countries providing that supply, and of routes to deliver that supply. … As NATO allies, your national security is our national security.”