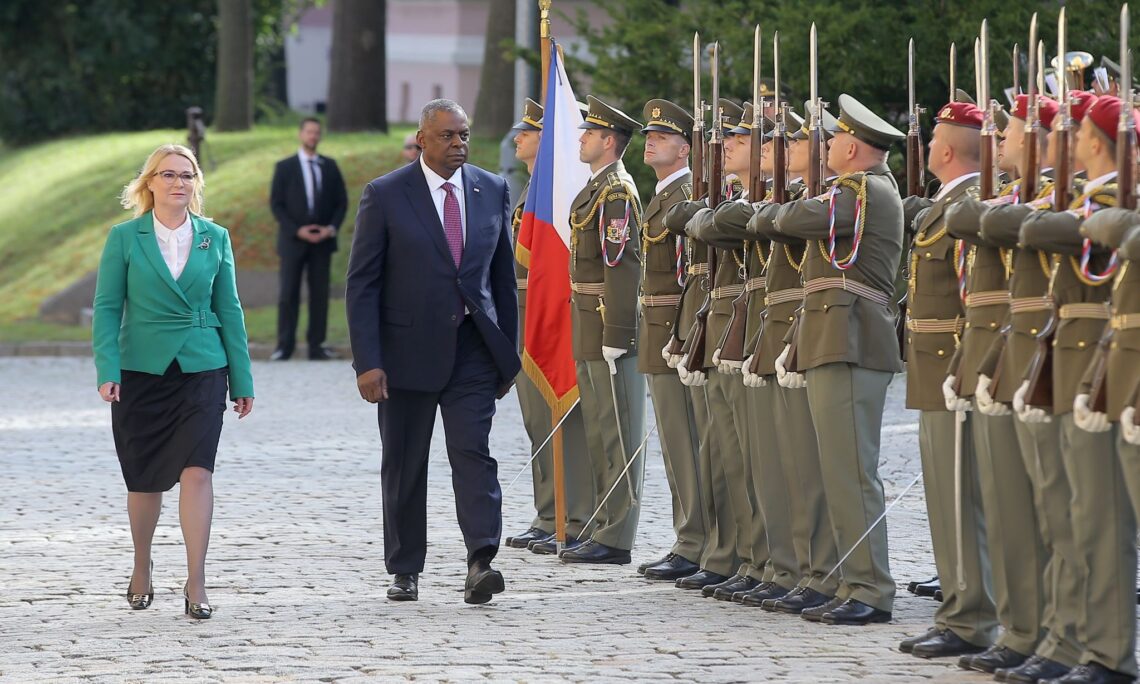 During the meetings, he discussed Czech Republic’s defense modernization work to enhance interoperability with NATO, opportunities for further defense cooperation, and the importance of continuing to provide support to Ukraine.

The Secretary applauded the Czech Republic for its leadership in Europe and in the NATO Alliance, for ratifying the accession of Finland and Sweden into NATO, and for its extraordinary support to Ukraine as it defends against Russia’s unprovoked and unjustified war.