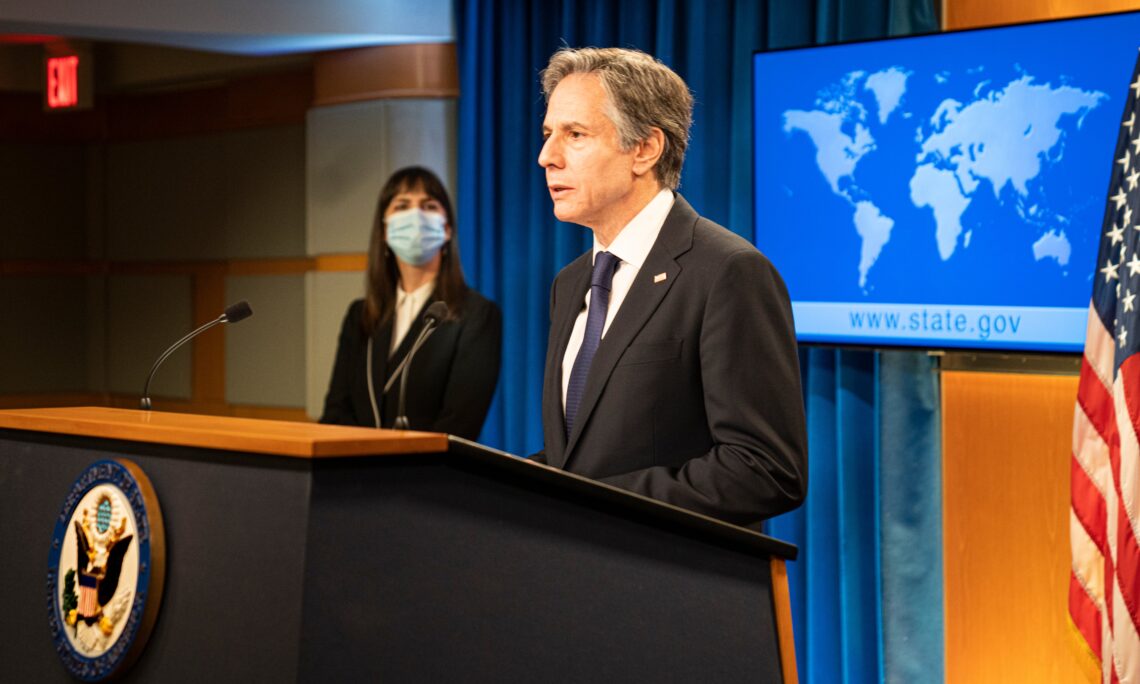 I am honored to release the 45th annual Country Reports on Human Rights Practices and to reaffirm the United States’ commitment to placing human rights at the center of our foreign policy.  The cause of human rights, freedom, and dignity is close to the American heart.  As President Biden emphasized, “We must start with diplomacy rooted in America’s most cherished democratic values: defending freedom, championing opportunity, upholding universal rights, respecting the rule of law, and treating every person with dignity.”  Transparency and accountability are integral to this process.  By documenting the status of human rights around the world each year, the U.S. Department of State provides objective and comprehensive information to Congress, civil society, academics, activists, and people everywhere – all of whom have roles to play in promoting human rights and accountability for rights abuses and violations.

The 2020 report reflects the unique challenges that nations had to confront as the COVID-19 virus spread throughout the world.  The pandemic impacted not only individuals’ health, but their abilities to safely enjoy their human rights and fundamental freedoms.  Some governments used the crisis as a pretext to restrict rights and consolidate authoritarian rule.  Other governments relied on democratic values and processes, including a free press, transparency, and accountability, to inform and protect their citizens.  Women and children faced heightened risk as the prevalence of gender-based and domestic violence increased due to lockdowns and the loss of traditional social protections.  Other marginalized populations, including older persons, persons with disabilities, and LGBTQI+ persons, experienced particular vulnerability.

Human rights are interdependent, and the deprivation of one right can cause the broader fabric of a society to fray.  Despite potential risks to their health or threats of arrest or other repercussions, people around the world demanded that governments respect their human rights and inherent dignity.  From Hong Kong to Belarus, from Nigeria to Venezuela, people assembled in the streets.  They called for governmental protection of their human rights and fundamental freedoms, safeguards for free and fair elections, and an end to discrimination.

Too many people continued to suffer under brutal conditions in 2020.  In China, government authorities committed genocide against Uyghurs, who are predominantly Muslim, and crimes against humanity including imprisonment, torture, enforced sterilization, and persecution against Uyghurs and members of other religious and ethnic minority groups.  Assad’s atrocities against the people of Syria continued unabated, and this year marks ten years of their struggles to live in dignity and freedom.  The war in Yemen has driven millions to extreme humanitarian need, preventing them from exercising many of their basic rights.  The Russian government has targeted political dissidents and peaceful protestors, while official corruption remained rampant.  The corruption of Nicolas Maduro increased the dire humanitarian crisis of the Venezuelan people.

In Nicaragua, the corrupt Ortega regime passed increasingly repressive laws that limit severely the ability of opposition political groups, civil society, and independent media to operate.  Meanwhile in Cuba, government restrictions continued to suppress the freedoms of expression, association, religion or belief, and movement.  State-sanctioned violence in Zimbabwe against civil society activists, labor leaders, and opposition members continued a culture of impunity, and LGBTQI+ persons continued to be vulnerable to violence, discrimination, and harassment due to criminalization and stigma associated with same-sex sexual conduct.  In Turkmenistan, citizens criticizing the government faced possible arrest for treason, and the whereabouts of more than 100 political prisoners remain unknown.

These and other ongoing rights abuses cause untold damage well beyond the borders of any single country; unchecked human rights abuses anywhere can contribute to a sense of impunity everywhere. That is precisely why this Administration has placed human rights front and center in its foreign policy.    Recognizing that there is work to be done at home, we are also striving to live up to our highest ideals and principles and are committed to working toward a fairer and more just society in the United States.  We all have work to do, and we must use every tool available to foster a more peaceful and just world.