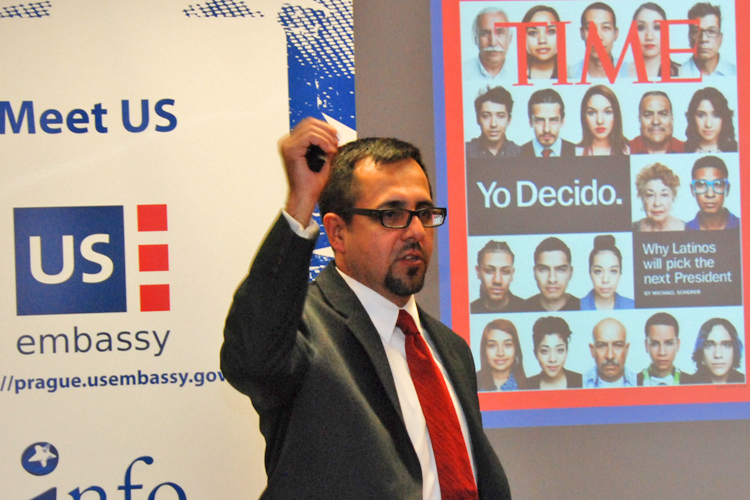 As part of the Embassy’s 2016 presidential election programming, U.S. speaker Prof. Ricardo Ramirez visited the Czech Republic Oct 17-19 to discuss the importance and growing role of minority voters in the upcoming 2016 presidential race. Focusing specifically on the Latino voting bloc, Prof. Ramirez spoke on voting patterns, the significance, and the priorities of Latino voters in the United States.

During his three-day visit to the Czech Republic, Professor Ramirez visited Tomáš Baťa University in Zlín, the American Corner InfoUSA in Brno, and participated in a panel discussion at the American Center in Prague on the topic of Latinos and voting, which featured Professor Kateřina Březinová of Metropolitan University, José M. de Areilza Carvajal of Aspen Institute España, and Tomáš Klvaňa of New York University in Prague.

Additionally, Dr. Ramirez gave a live on-air interview on Czech TV’s Události, Komentáře, which can be found on the Czech TV website.