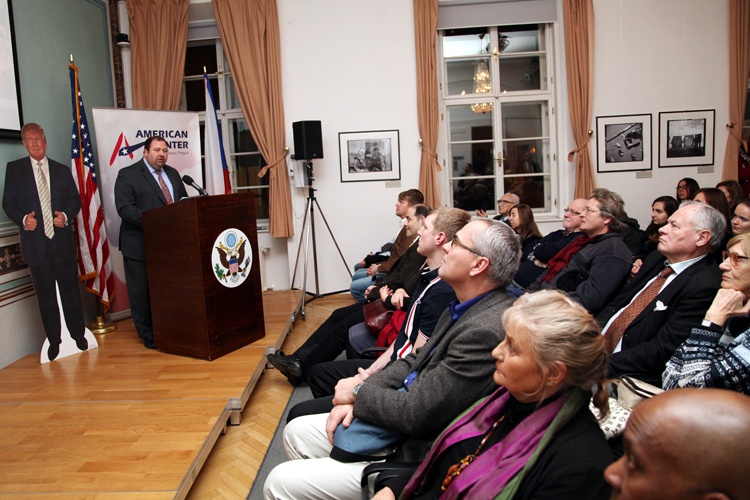 Counselor for Public Affairs Ray Castillo opens the event at the American Center on Friday, January 20, 2017.

The Embassy hosted a President Trump’s inaugural speech viewing party at the American Center on Friday, January 20 for local students and the general public. Before the oath and the inaugural speech, Counselor for Public Affairs Ray Castillo kicked off the event by emphasizing “an essential feature of democracy in the United States is the peaceful transfer of power from one president to the next, from one party to another.”