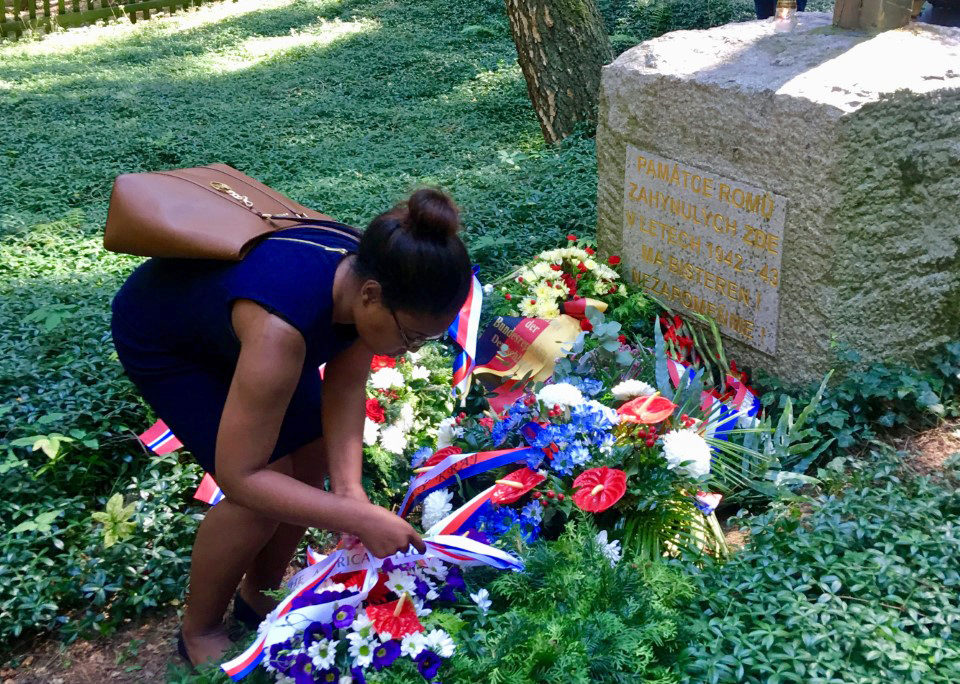 On Tuesday, August 20, Moravian Roma community members, including several Roma holocaust survivors, gathered at a memorial at Hodonín u Kunštátu to commemorate Roma who died at the Nazi internment camp in 1942 and 1943. Romani men, women, and children suffered inhumane conditions in the camp while waiting to be transported to Auschwitz. Only a few dozen survived.

The wreath laying ceremony was attended by Human Rights Defender Anna Sabatova and other government officials, as well as several members of the diplomatic corps, including U.S. Embassy’s Political Officer Taj Johnson. Director of the Museum of Romani Culture Jana Horvathova officially opened the memorial site to public.