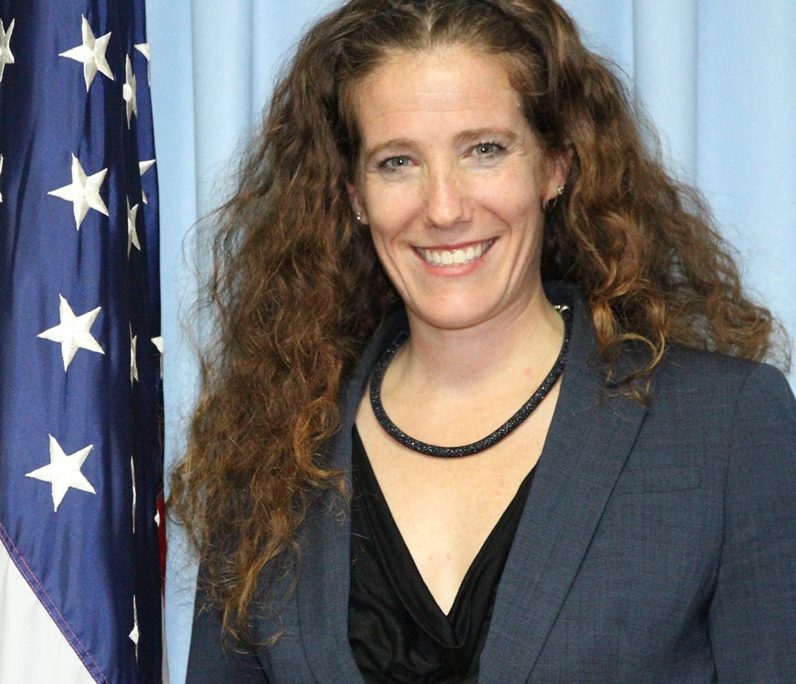 This is a dangerous moment for Europe and for freedom-loving people around the world.  By launching his brutal assault on the people of Ukraine, Vladimir Putin has also committed an assault on the principles that uphold global peace and democracy.  But the people of Ukraine are resilient. They’ve had a democracy for decades, and their bravery is inspiring the world.  The United States, together with our Allies and partners across the globe, will continue to support the Ukrainian people as they defend their country.  When the history of this era is written, it will show that Putin’s choice to launch an unprovoked, unjust, and premeditated attack left the West more unified and Russia exponentially weaker.

United in Our Response

This will not end well for Vladimir Putin.  Together, the United States and our Allies and partners are taking action to hold Russia accountable. As a result of unprecedented global sanctions coordination, the United States, European Union, and other allies have removed selected Russian banks from the SWIFT messaging system and imposed restrictive measures on the Russian Central Bank.  President Biden announced sweeping financial sanctions and stringent export controls that will damage Russia’s economy, financial system, and access to c utting-edge technology.  Along with the United Kingdom and European Union, the United States imposed sanctions on the architects of this war, including Putin himself.  We will stunt Russia’s ability to finance and grow its military.  We will impair Russia’s ability to compete in the global economy.  And we are prepared to do more.

In addition to economic penalties, President Biden authorized an additional $350 million of security assistance to immediately help Ukraine defend itself, bringing America’s total security assistance to Ukraine over the past year to more than $1 billion.  We also stand ready to defend our NATO Allies. President Biden has coordinated with Allied governments to position thousands of additional forces in Germany and Poland and authorized the deployment of ground and air forces already stationed in Europe to NATO’s eastern and southeastern flanks:  Estonia, Latvia, Lithuania, Poland, and Romania.  We appreciate that our Allies, including the Czech Republic, have also offered their own forces and capabilities to ensure our collective defense.  There should be no doubt about the readiness of the greatest military Alliance in the history of the world:  NATO is more united than ever.

The United States is proud to stand united with the Czech Republic in support of Ukraine.  The Czech government has donated tens of millions of dollars in humanitarian and security assistance as well as military equipment.  The Czech Republic has supported the tough sanctions locally and within the EU, has targeted the Kremlin’s disinformation network, has closed its skies to Russian aircraft, and has fiercely advocated for Ukraine internationally.  Ordinary Czechs have stood up to welcome Ukrainians fleeing war and have taken to the streets in support of Ukraine and against Russia’s war.  Having known the cruelty of Russian aggression in 1968 and having shown the world how to win freedom in 1989, you are again on the side of liberty.

This was an attack that Vladimir Putin has planned for a long time. He rejected every good-faith effort by the United States and our Allies and partners to address his fabricated security concerns and to avoid needless conflict and human suffering by engaging in diplomacy and dialogue.

Putin executed his playbook exactly as we had warned he would do.  We saw staged political theater in Moscow and heard outlandish and baseless claims made about Ukraine. Russia continues to justify its military aggression by falsely claiming the need to stop “genocide” in Ukraine – despite there being no evidence that genocide was occurring there.

And then, at almost the very same moment the United Nations Security Council was meeting to stand up for Ukraine’s sovereignty and forestall disaster, Putin launched his invasion in violation of international law using missiles, air raids, troops, tanks, disinformation and lies.

We have been transparent with the world.  We declassified our intelligence about Russia’s plans so there could be no confusion and no cover up.  Putin is the aggressor.  Putin chose this war.  And now his people will bear the consequences of his decision to invest in war rather than in them.

Transatlantic Unity and Resolve Stronger Than Ever

Putin’s goal of dividing the West has failed.  Putin has failed to undermine our shared belief in the fundamental right of sovereign nations to choose their destiny and their allies.  And Putin will fail to erase the proud nation of Ukraine.

The next few days, weeks, and months will be incredibly difficult for the people of Ukraine.  Putin has unleashed great suffering on them.  But the Ukrainian people have known 30 years of independence, and they have repeatedly shown they will not tolerate anyone who tries to take their country backwards.

Putin’s aggression against Ukraine will cost Russia profoundly, both economically and strategically.  The Russian people deserve better from their government than the immense cost to their future that this invasion has precipitated.

Liberty, democracy, and human dignity are forces far more powerful than fear and oppression.  In the contest between democracy and autocracy, between sovereignty and subjugation, make no mistake:  Freedom will prevail.