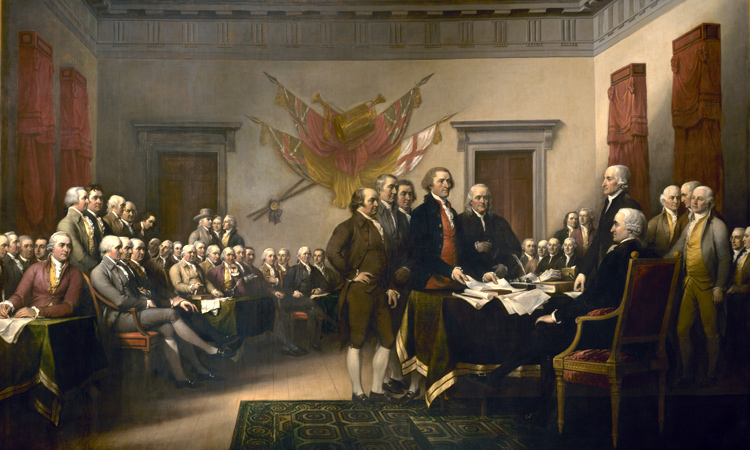 The first Europeans to reach North America were Icelandic Vikings, led by Leif Ericson, about the year 1000. Traces of their visit have been found in the Canadian province of Newfoundland, but the Vikings failed to establish a permanent settlement and soon lost contact with the new continent.

Five centuries later, the demand for Asian spices, textiles, and dyes spurred European navigators to dream of shorter routes between East and West. Acting on behalf of the Spanish crown, in 1492 the Italian navigator Christopher Columbus sailed west from Europe and landed on one of the Bahama Islands in the Caribbean Sea. Within 40 years, Spanish adventurers had carved out a huge empire in Central and South America.

In the 16th and 17th Century, Northern Europeans settled in what is now the North East Coast of the United States, which soon fell under the British Crown and stayed an English Colony till the Revolutionary Wars in the late 18th Century.

More on the U.S. History