Home Hlavní strana / Our Relationship / The Centennial of U.S.-Czech Relations

The year 2018 marks the centennial of the founding of Czechoslovakia and the formal beginning of U.S.-Czech diplomatic relations, and the U.S. Embassy in Prague will proudly celebrate the occasion throughout the year. We will mark 100 years of U.S.-Czech relations by supporting projects focused on the U.S.-Czech friendship and history, and by participating in events around the country that highlight the U.S.-Czech partnership.

There are many U.S. links to the founding of the Czechoslovakian state. The United States hosted Tomáš Garrigue Masaryk, along with other prominent Czechs and Slovaks, for the signing of the Pittsburgh Agreement on May 31, 1918 – the first step towards the establishment of the independent state of Czechoslovakia.

After Germany and Austria proposed peace negotiations in October, 1918, Masaryk issued a declaration of Czechoslovak independence while in the United States. Masaryk was then elected the first president of Czechoslovakia on November 14, 1918 and used the U.S. constitution as a model for the first Czechoslovak Constitution.

Masaryk also had strong personal links with the United States through his marriage to an American citizen, Charlotte Garrigue (whose name he took as part of his own), and through his lectures at the University of Chicago in 1902 and 1907. 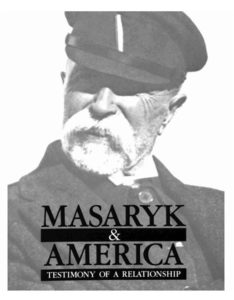 You can read more about President Masaryk and his relationship with the U.S. in the publication “Masaryk & America: Testimony of a Relationship” (PDF, 7.6 MB) written by George Kovtun to commemorate the 50th anniversary of Masaryk’s death and published by the Library of Congress in 1988.

The Centennial Projects in the CR