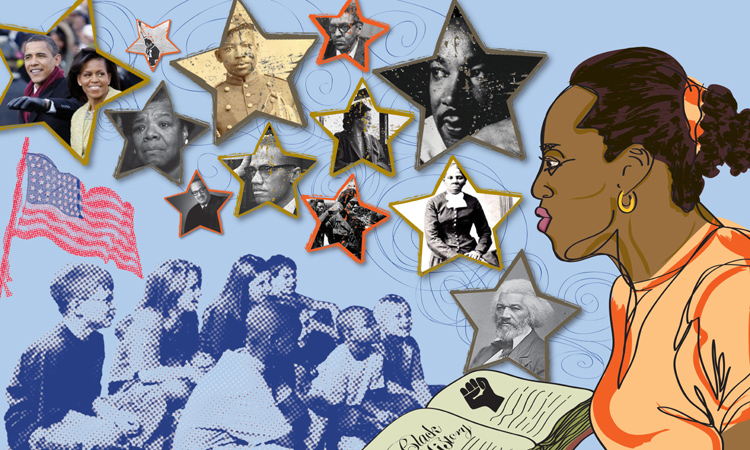 Each February, National African American History Month honors the struggles and triumphs of millions of American citizens over the most devastating obstacles — slavery, prejudice, poverty — as well as their contributions to the nation’s cultural and political life.

Black History Month was the inspiration of Carter G. Woodson, a noted scholar and historian, who instituted Negro History Week in 1926. He chose the second week of February to coincide with the birthdays of President Abraham Lincoln and the abolitionist Frederick Douglass.

The celebration was expanded to a month in 1976, the nation’s bicentennial. President Gerald R. Ford urged Americans to “seize the opportunity to honor the too-often neglected accomplishments of black Americans in every area of endeavor throughout our history.”

Woodson, the son of former slaves in Virginia, realized that the struggles and achievements of Americans of African descent were being ignored or misrepresented. He founded the Association for the Study of African American Life and History (ASALH), which supports historical research, publishes a scholarly journal and sets the theme for Black History Month each year.

In 2003, President George W. Bush signed legislation to establish the Smithsonian Institution’s National Museum of African American History and Culture, which will be located on the National Mall near the Washington Monument and was open in Autumn 2016.