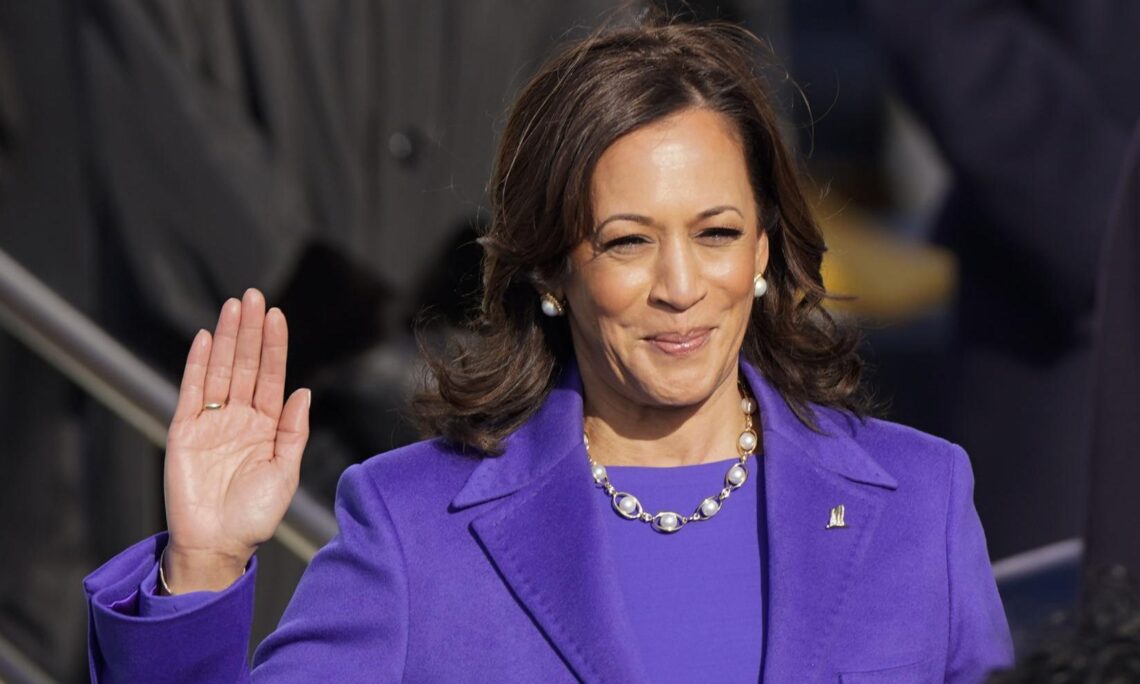 Vice President Harris was born in Oakland, California to parents who emigrated from India and Jamaica. She graduated from Howard University and the University of California, Hastings College of Law.

Her parents were activists, instilling Vice President Harris with a strong sense of justice. They brought her to civil rights demonstrations and introduced role models—ranging from Supreme Court Justice Thurgood Marshall to civil rights leader Constance Baker Motley—whose work motivated her to become a prosecutor.

Growing up, Vice President Harris was surrounded by a diverse community and extended family. In 2014, she married Doug Emhoff. They have a large blended family that includes their children, Ella and Cole.

Throughout her career, the Vice President has been guided by the words she spoke the first time she stood up in court: Kamala Harris, for the people.

She was elected District Attorney of San Francisco in 2003. In that role, Vice President Harris created a ground-breaking program to provide first-time drug offenders with the opportunity to earn a high school degree and find employment. The program was designated as a national model of innovation for law enforcement by the United States Department of Justice.

In 2010, Vice President Harris was elected California’s Attorney General and oversaw the largest state justice department in the United States. She established the state’s first Bureau of Children’s Justice and instituted several first-of-their-kind reforms that ensured greater transparency and accountability in the criminal justice system.

As Attorney General, Vice President Harris won a $20 billion settlement for Californians whose homes had been foreclosed on, as well as a $1.1 billion settlement for students and veterans who were taken advantage of by a for-profit education company. She defended the Affordable Care Act in court, enforced environmental law, and was a national leader in the movement for marriage equality.

In 2017, Vice President Harris was sworn into the United States Senate. In her first speech, she spoke out on behalf of immigrants and refugees who were then under attack. As a member of the Senate Homeland Security and Governmental Affairs Committee, she fought for better protections for DREAMers and called for better oversight of substandard conditions at immigrant detention facilities.

On the Senate Select Committee on Intelligence, she worked with members of both parties to keep the American people safe from foreign threats and crafted bipartisan legislation to assist in securing American elections. She visited Iraq, Jordan, and Afghanistan to meet with servicemembers and assess the situation on the ground. She also served on the Senate Judiciary Committee. During her tenure on the committee, she participated in hearings for two Supreme Court nominees.

As Senator, Vice President Harris championed legislation to reform cash bail, combat hunger, provide rent relief, improve maternal health care, and address the climate crisis as a member of the Senate Committee on Environment and Public Works. Her bipartisan anti-lynching bill passed the Senate in 2018. Her legislation to preserve Historically Black Colleges and Universities was signed into law, as was her effort to infuse much-needed capital into low-income communities during the COVID-19 pandemic.

On August 11, 2020, Vice President Harris accepted President Joe Biden’s invitation to become his running mate and help unite the nation. She is the first woman, the first Black American, and the first South Asian American to be elected Vice President, as was the case with other offices she has held. She is, however, determined not to be the last.