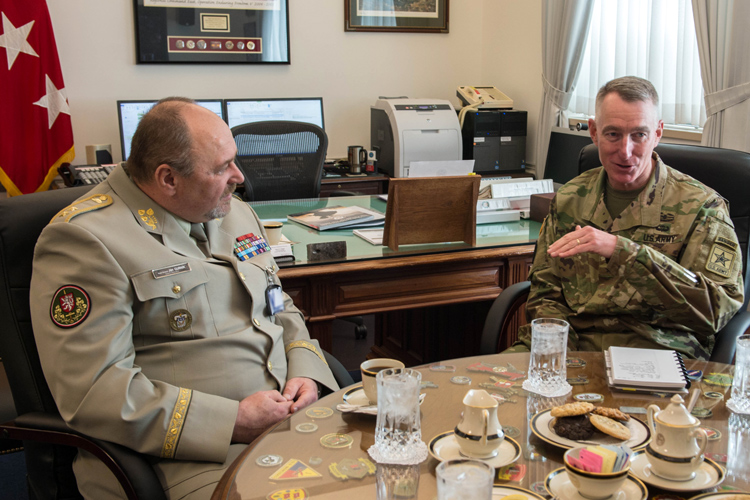 MG Gurnik, who is in the United States to be inducted into the U.S. Army War College International Alumni Hall of Fame, was congratulated by LTG Cheek for the distinction of being the US Army War College’s 60th Hall of Fame Inductee and for his service to the Czech Republic. The two also discussed Czech-US military cooperation, regional issues, and the strength of US-Czech military relationship.

LTG Cheek and MG Gurnik were classmates at the US Army War College, graduating in 2002.