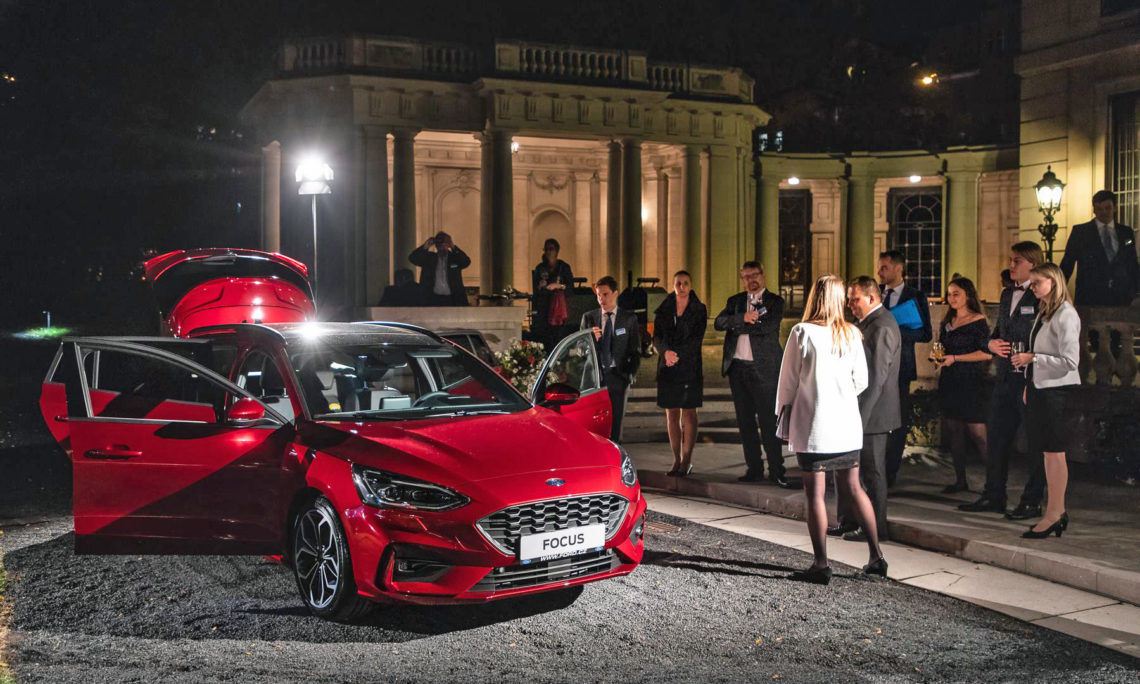 On October 10, 2018, Ambassador Steven B. King hosted the launch of new Ford Focus in the Czech Republic.  Ford Focus is one of World’s favorite family hatchbacks with more than 16 million models sold and the title of world’s best-selling car in 2012 and 2013.  This new model is expected to follow in the successful footsteps of its predecessors. Ambassador King highlighted the value that Ford brings to the Czech economy by sourcing auto parts for billions of U.S. dollars from Czech manufacturers. Amko Leenarts, Chief Designer at Ford of Europe who contributed to new Ford Focus design, also participated in the event along with Jan Laube, General Director of Ford in the Czech Republic. „The New Focus is much spacier, which is appreciated by drivers as well as passangers“ said Jan Laube.  He continued,  „For our corporate customers, the size of the cargo space of the has grown by a whole 118 liters from the previous generation model, which makes Focus rank among the absolutely most practical fleet cars in the market.“